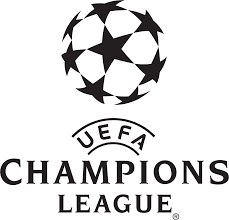 Football fans! Who among you watched the match? As for me,  I did. Watching football is one
of my hobbies. Luis Suarez did a superb job. He shined when haters expected Lionel Messi to be the one to score the goals. He proved to everyone criticizing him for lack of goals at Barcelona. I laughed so hard when Messi missed a penalty. I wonder why he should  always be the one when others can play penalty far better than him. He's a wonderful footballer but to me Cristiano Ronaldo is better.


I wanted Manchester City to win but they played not so well. I expected more from them. Aguero is one of the best strikers and he scored the only goal for his club. He wasn't able to rescue them from losing, which they did. My club is out of Champion's League so I support Bayern Munich to win.
at February 25, 2015