Who killed Annabel? Episode One 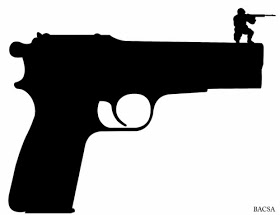 *****
My name is Ross Johnson. I'm a detective. Myself and my partner of two years detective Alero Martins has been assigned to solve the sudden death of a twenty eight years old lady who was shot twice at the back of her head at a bushy environment. The victim's bag was found by her side at the crime scene where her body lay down on the ground lifeless. Cosmetics, international passport, an iPhone 5 and two thousand dollars were found inside it.

She must have been a rich woman to have such an amount of money with her. I, Ross thought.


"This doesn't look like a robbery, her valuables are still intact."

Alero said. "This is murder."

I agreed with her. She was right.

I drove down with my partner to the victim's house, a magnificent one storey building in a serene vicinity. We got down from the car and knocked on the gate. A woman younger than the victim, dressed in a brown fitted short gown, wore high heel sandals, with a handbag on her hand, opened and approached us. She appeared like someone going out.

"Good morning." detective Alero greeted her. "We are from the state CID." We showed our badges.
The girl's eyes widened. "I hope all is well?" she asked.

"This should be the residence of Miss Annabel Momoh right?"

I asked if we could all go in to talk better. She agreed and led the way in. We all sat down. I said to her. "I'm detective Ross and here with me is my partner detective Alero." The lady introduced herself as Onome.
"The main reason we both came here is to find out things about Miss Anabel." I said. "Her body was found dead. We believe she was murdered."

"What!!" Onome exclaimed in shock. "Are you sure? This could be a mistake. Maybe you are mistaking her to be someone else. It's impossible!"

Onome rose up, shaking as tears began to flow. She could not hold her emotions, she was sobbing very loud.

"I'm sorry for your loss miss Onome but we need you to calm down." detective Alero said, stood up and walked towards Onome to console her. "Please put yourself together."

I, detective Ross stared at them dispassionate. It was none of my business, all I intend to do was find out some vital information about the victim and get the hell out of this place. I too was going through a hard time, a messy divorce. The third in eleven years, I am not proud of it but glad I was getting out of it. Despite being a good-looking man, I have never been lucky with love.

Alero was able to take Onome back to sit down. She sat close to her.

"When last did you see her?" detective Alero asked. Onome sniffed her nose and wiped away the tears on her face with her hand.

"Three days ago." she replied in a brittle voice. Her eyes were already red and swollen.

"Here at home. She left in the evening and we spoke on the phone at night and that was the last time we talked."

"How are you related to the victim?" I asked her.

She glares at me with anger in her eyes. "What do you mean victim?” Onome asked. “Her name was Annabel! Annabel Momoh was her name!" she yelled at me and started sobbing again.

My partner's eyes fell on me. I looked away. "I'm sorry." I apologized.

Alero looks up at me. "Anabel is...was my friend." she said. "She was like an elder sister to me."

"So you both are not in any way related?" I asked. She said no. I continued to talk. "Her valuables were intact. Her phone battery was dead so we were not able to access through it. A relation will have to collect them but we shall remain with her phone as we investigate. We will like to know the last person she spoke with on the phone. Is she the owner of this house?"

"No." she said. "Her aunt who lives in Germany is the rightful owner but handed over the keys to Annabel before she travelled four years ago."

"What does Annabel do for a living or is she still in school?"detective Alero asked calmly.
Onome shrugged. "None." she said. "I and Alero were surprised. I asked the next question.

"Two thousand dollars was found in her bag. How come she had such a huge amount of money with her?"

"Her aunt oversees always send her money." She cleared her throat and coughed.

"Yes. I'm a caterer." she said and signed. "I can't believe my best friend is gone! How do I break this sad news to her aunt?" she asked herself.

"How come you live with her?" I asked.

"I had accommodation problem with my parents," she answered. "Annabel told me I could live with her since she lived here alone."
"So how long have you lived here?"

"A year and few months now." she replied.

"Do you have any idea who would do this to her?"

She shook her head. "Not at all, Annabel was a good person! She was very kind."

"Was Anabel in a relationship?" detective Alero asked her.

She gave a shrug. "Yes she was." Her hands jerked. She seems nervous. "He's name is Federick Okoh."
Alero asked for his mobile number and how to locate him. She took out a replica phone like the victim's own and called out his number. Alero punched the number on her own handset.

"Apart from you does Annabel have any other friends?"

"Yes she had other friends but I honestly don't know them personally," she said. "I only know one of them and her name is Sarah. I don't even have her contact but you can ask Annabel's boyfriend, maybe he will have it."

"There's a question I skipped. Didn't you get worried not to have seen your friend for two days?"
She smiled weakly. "I had no reason to get worried. Annabel could be gone for a week, two weeks or even more without keeping in touch. She’s a big girl and capable of taking care of herself. I had no reason to worry."

"What about her body and belongings, how do I get them?"

Onome eyes blinked. "An autopsy?” she asked. “I thought you said she was shot?"

I quickly answered. "Yes she was shot but there are other things we need to confirm. Whenever we are done you will have access to her body."

"That' not a problem." Onome said. "As long as it will help captured who killed my friend."

I and Alero rose on our feet and informed her we will continued to investigate and find out who murdered her friend. I handed her my card in case she remembered anything that can help the investigation. As we walked towards the door, accompanied by Onome, I turned to her direction.

"Where were you throughout yesterday?" I asked.

Her left eyebrow rose. "At home alone." she replied.

"What is that supposed to mean detective?" she asked. Her eyes turned cold. I could see how furious she was with me.

"We will be in touch." I said and turned to walk out with detective Alero. The victim's friend Onome suddenly tapped me lightly on my shoulder. I turned and asked what the problem was. She murmured but I could not hear her clearly. She seems uncomfortable with whatever was about to spill out from her mouth. My concerned partner motioned towards Onome, held her left hand. I always wondered why Alero choose to be a detective because she was a soft and emotional person.

"If there's anything else you would like to let us know please tell us, you don't have to be scared." she said in a softened tone.

"I'm not scared," she said. "I'm only bothered that you might find out something about her I am ashamed to say."

"What is it?" I curiously asked her.

Her facial expression changed into a sad one. Her eyes dripped down with tears. She wiped it off angrily and said to us with no sign of grief.