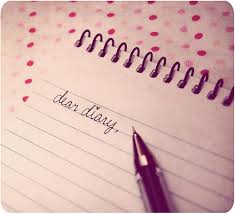 “What if you were shot” the vice principal shouted. He had warned that, any student practicing truancy will pay dearly for it. They had no pity for me because I was a senior student and I knew the school rules too well to be ignorant of them. The week before, I was reported to the school authority for scribbling my nick name on the school dining hall; the preps coordinator pulled me aside, and held the loose ends of my trousers such that it was tight and my behind was now stiff and more exposed to his whip. He best me up like eggs, my body was aching all over. Just last Friday, I had a case with him; he suspected that I was in possession of a cell phone in school and it was prohibited but I denied bluntly and he had to call off the case since he lacked clues. The vice principal told me to report at his office the next morning, being Friday.


When I reached the dormitory the evening devotion held at the frontage of each house was over and students were moving around: washing their uniform, eating cold eba and sardines or fish bought from the boarding masters house, others were taking their soak and travel garri, some were soaking noodles into their dishes filled with water, some sat under trees to feel the breeze and discuss about their morning activities in the classes or chatting of their favorite avengers,ironman,fast and furios,three idiots movies, some took pleasure in discussing their “chicks”. But I was troubled, my mind wasn’t at rest. I called one of my friends and narrated the whole incident to him, and at the end of the narrative, he laughed it off saying it was a cock and bull story and that even if it were true, I was so…so…so foolish and suggested that I should have jumped over and escaped.

Before daybreak, the boy spread the news like a bed sheet and it covered the whole dormitory and anyone who cared to snoop around would’ve heard the news; one would think that he woke people up and heralded the rumor, the dormitory was buzzing with the news, people were asking questions like “is it true, how did they catch you, where did you jump, why didn’t you jump and many more” some were even making fun of it calling me names like; Oc, Shaun sir, dpo.
I fetched my water from the tap and was coming back when I met two of my mates also heading for the tap; they were both troublesome and annoying:

“Oga on too...Op, Shaun sir” joebright dropped his bucket, clicked his heels and saluted then broke into a loud laugh and Benjamin who was with him also laughed.
Benjamin steadied himself, it was his turn now to make fun of me; he posed and held an imaginary gun then pointed at someone climbing an imaginary fence”oya, come down or I shoot” as if the command he gave wasn’t okay, Benjamin wielded his imaginary gun an skittered to the imaginary fence and struck his character on the head and brought him down `“you wan jump abi, okay. you go lick you nyash today”
They both laughed to the point of tears and were gasping for breath, it was really funny, I had to laugh also when I remembered how the police man caught me and shouted that I wanted to cover evidence and then the head butts that followed thereafter. I was now feeling a slight headache as I remembered the incident that happened. I took my water and quickly rushed to the laundry for my bath so as to catch up with the assembly.

After the assembly, I was feeling awkward to go and meet the vice principal, I was afraid of the verdict he might give. Throughout the day I dodged every staff that I could remember was there at the scene, on one occasion that they sent for me they mistook my brother for me because the answered our surnames instead of our names but when they saw him they knew it wasn’t me. By dodging them, I had bought myself time to think about some way to get out of the mess I had brought myself into.

I thought that an apology letter would best suite the case, so I wrote, rewrote the letter  several times and I used up to 5 paper just to get the best and desired result such that when they read the first lines they will change their minds and close the case. I delivered the letter to their houses in the teachers’ quarters and waited and hoped for the best, I waited painfully and patiently. I hoped to face the disciplinary committee on Monday with little confidence. All my mates looked at me in a different way as if I wasn’t real, few of them detested me, saying I was so stubborn that I took my two legs, hands and jumped out of school so I deserved to stew in my own juice, one of my mates told me: “the kpomo wey you cook no expect say people go follow you chop” that saying had a lot of diverse meaning it depended on which situation you apply it.

On Sunday, during the evening service, the pastor announced that “a harmless, innocent looking boy, a wolf in sheep clothing, was caught in town by the police “coming from the brothel”! At this point there was murmuring in the church.  “Jesus, I gasped. They had now come to a conclusion that since I was coming from that route and there was a brothel close to the schools street, I had actually visited a pleasure house. Many pairs of eyes were looking at me, the shame of expulsion is worse than the death of a cockroach.

On Monday, I deliberately absented myself from the assembly hall. Unfortunately, the prize I had long awaited for was given that day, some weeks back, the ss1 student were given some tests to write up and it was marked and now that the results came out, I took second position for my class[arts class].From what I gathered up, when my name was called out on the assembly to collect the prize for my class, the whole assembly went up with roars of my nickname “kallikrates, kallikrates” kallikrates, the name was given to me by my mates after an incident in the class between me and my literature teacher: the literature teacher was teaching in class and my head was bent on the desk at the back seat, I was reading a rider haggard’s ‘’she” in the whole class I was amongst the three literati’s that could answer her questions, the other was a pretty and cheeky girl but when it came to poetry she was the best in the class, the latter was an ugly boy but his dramas were beautiful, we called him “perfect imperfection” and when they ask for the best in prose all hand pointed at me as for that class, I was the best in my own way of writing: less racy, just a bit of it to spice up emotions and sensuality and I always try to put humor were I see fit and It was always full of love ….. I normally wrote by my instincts, where ever I was seen at least; a paper and pen in my pocket to write up any idea that I think useful, I was fond of saying my favorite quote “there is power in the pen and paper more than you can imagine, because whenever there is a clean sheet of paper in front of you and you are holding a pen and you are eager to write and scribble, there’s nothing you can’t write, even the unimaginable”>>>>> Back to what I was saying.
When the literature teacher didn’t notice my presence in the class, she asked and all eyes turned to me I bent my head over the enchanting novel.

When I noticed the tense environment, I raised my head up and met the teachers eye, she asked me to standup while she asked me a question on what she was teaching, a question that I knew the answer too well: “what is pun war?” she asked and the protagonist name from the book I was reading escaped my mouth unconsciously: “kallikrates, she mocked, sit down and pay attention” and the name was now mine till today.

When they didn’t see me come out, the hailing died down.