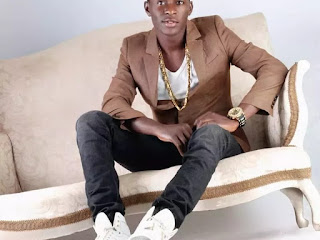 A woman named Flocan Waithera narrates the singer impregnated her when they lived together before he joined the music industry as a singer.

The lady claims that they started seeing each other when she was 17 years old and Willy had dropped out of school in form two. She revealed to Willy that she was pregnant  for him. He denied the pregnancy and persuaded her to abort the child.

The woman refused and made up her mind to keep after her mother promised to help her raise the child. When she approached Willy Paul’s mother, she was also told to abort the child. She maintained that she was going to keep the child.

After three years later, Willy Paul’s mother took the child and they lived together after she learnt the mother and the little kid were living in abjection. She enrolled her in a school.

The lady says she would occasionally visit the mother and the child until when she moved to Kahawa West in an undisclosed location. The child would still attend school in Mathare but after a while she stopped for lack of fees.
Willy Paul has denied the allegations. When Tuko.co.ke contacted the singer over the issue, he handed his phone to his manager on realizing who we are.

The manager denied the allegations saying they don’t know anything like that exists.

The singer now says that the only option that can solve out this issue is undergoing a DNA test to ascertain if indeed he is the father to the said child. He says that there is no way he would neglect his own child.

“If it is true we will also try to find out. We would want this child to come and a DNA test to be done because there are other ways of finding out whether someone is a father or not,” he said.
at October 24, 2015