Jose Mourinho the 'Special One' or 'The Unfortunate One'? 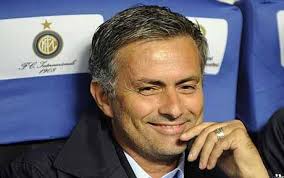 This is not a happy time for Chelsea coach Jose Mourinho. It was a 2-1 defeat by West Ham today.
Chelsea Fc that won the Premier League last year, is finding very hard to get back on their feet this new season. This season is disappointing and embarrassing considering they were number one in the 2014/2015 season. What will be the verdict for the coach who believes he will not be sacked. Also, Mourhino have been having issues with some of his players like Hazard, benching him because of his defense. Today's game, they lacked control and West Ham forgotten man Carroll scored. You can imagine.

Whenever he has a successful season, the next season is always unsuccessful due to Mourinho SPECIAL CURSE.

I am not a Chelsea fan, in fact I can never be. The fans are noise makers and bush people. Lol

Jose Mourinho is called the "Special one". Should it be changed to the "Unfortunate one"?

Is Roman Abramovich the owner of Chelsea patient enough to let Jose still be their coach? The billionaire is known to be an impatient man and I think he is already getting impatient with the poor result.