Kelvin Ohiri - Our Understanding Of Dreams 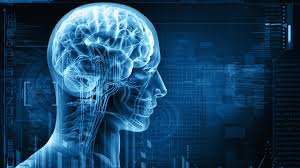 I find the questions rather amusing yet they were quiet challenging.

I’ll take my time to explain it to you because I’m sure it may have crossed your mind before. Let’s start with what we know. What we know is that when we’re tired or when its late at night or early as the case may be we fall asleep. What the woman, and we failed to understand is the phenomenon called REM. Rapid Eye Movement, REM for short is a type of sleep.

And yes there are different types of sleep. Just as there are different types of emotions; happiness, sadness, anger and the like. There are low wave sleeps, paradoxical and walking sleep as well as REM sleep. Several times we experience REM sleep. It’s a type of sleep where we witness something scientists call muscle atonia. Because if the high amount of neurotransmitters like acetylcholine or other monoamines the muscles in our bodies become almost paralyzed. REM atonia, is described as an almost complete paralysis of the body, accomplished through the inhibition of motor neurons. When the body shifts into REM sleep, the person may experience dreams that almost seem real. I personally have experienced such kind of sleep.

I guess what I’m saying is you may not be too quick to say you were saved in from evil in a nightmare by any supreme being. We may want to acknowledge that such dreams or nightmares are not unique to any religious group. Muslims, Buddhists, Hindus, and the like experience such dreams and also wake up.

It’s noteworthy to explain here that the human is a highly creative organ. The brain has its tricks and ways of telling you to act. For instance, if you sleep wrongly, say on one side and your arm becomes numb. If the blood flow to the arm is too low and you are extremely tired to wake up, the brain can draw up a story in your dream to make you move away from that position. Now, the nature of the story may be negative or positive. However, the tendency for it to be negative is higher because adrenaline is likely to kick in easily in ‘fight or flight’ situations. So waking up from such a dream is not mystifying and needs no spiritual reason attributed to it.

You may have seen yourself several times having sex in your dream. Maybe with Beyonce or Kim Kadashian or some crush you have around you. A religious person may attribute meaning to it like they do in white garment churches, we all know such dreams are mostly experienced in puberty and had no spiritual implication. The brain has it tricks, if you think or fantasize about anyone, say a lady or guy as the case may be, the brain can pull up a virtual and lucid story in its memory and simulate sexual intercourse during sleep. It’s common if you have a fever to experience nightmares these are all the brains way of saying ‘I’m in bad shape fix me’.

Secondly, it is also possible to sleep and dream about an event which eventually happens in real life. Such kind of sleep may be termed a revelation by some. However, it is not strange. Albert Einstein solved this problem in the early twentieth century when he understood that time is an illusion. The concept of time is an illusion created by our brains.

For instance, the first time you visit a place it appears far and longer, a day at work suddenly becomes longer if there’s less tasks for the day, return from a location back home appears shorted than when you are going there etc. several experiments has proved Einstein’s time-space continuum over and over.

Let me explain this properly, the fact is there is no past or present or future. The past is not gone, neither is the future in waiting. Our brains just make it seem that way. All three, present, past and future are all occurring simultaneously.

Picture a loaf of bread, if you decide to slice it right into two from the middle in a straight line you’ll observe nothing new. Wait, hold on, the point is coming, label one side Ada and the other side Bayo, picture yourself as Ada and that slice, the distance between you and Bayo who is in America. Both of you are in the present. If you try to travel to meet Bayo, you would not travel in that straight line to him but travel at an angle, which you can show by slicing the loaf in another straight line but this time, slanting your hand a bit. If you look at the loaf, the difference caused by slanting your hand would widen and become large as to approach Bayo. That gap represents time. By the time to get to Bayo, you would reach him in his future. Same applies to going backward.

For more understanding of this Google ‘time is an illusion by Einstein’ and watch the YouTube video.

The implication of this is, since all three are occurring at the same time, I mean the past, present and future, the information of all three is already in our brains. Yes, what it means is you can remember the future, just like you do the past. So if you dream about it, it’s not surprising. Why it isn’t, is because we use less than fractions of a quarter of the capacity of our brains. There so much our brain can do that we haven’t even tapped into yet. Recall, that our ancestors didn’t have the technology we have now and that’s indicative of lower brain power. It shows we, humans are evolving and getting smarter with each generation. I predict a time would come when we would almost know the future consciously.


Kelvin Ohiri is an atheist activist and scientist. He believes that religion has deterred rational and creative thinking in Nigerian youths and advocates for a better approach to life, centered on self-development, creativity, and self-actualization. He holds a bachelor’s degree in Biochemistry and a master’s degree in protein chemistry and enzymology from the University of Nigeria, Nsukka. He has contributed to antimalarial development and sickle cell disease research. His interest for teaching and preserving the truth has led him into deep religious studies.