Lionel Messi - I do not compete with Cristiano Ronaldo. 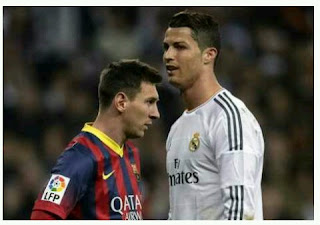 Barcelona forward Lionel Messi insists he does not see himself as being in competition with Real Madrid star Ronaldo despite the constant comparisons that exist between the them.

He says none of them thinks they are competing with each other.

When he was asked about the rivalry between him and Ronaldo in an interview with Yahoo, Messi says

“These are things that [other] people say,” Messi said. “I don’t compete with Cristiano and I suppose he would not compete with me — what I want is the very best for my teams and that’s what I am working for.”

Messi is injured at the moment. Wish him a slow recovery. Oops! Fast recovery ooo
at October 22, 2015