Oh no! Liverpool defender Joe Gomez injured and could be out for six months! 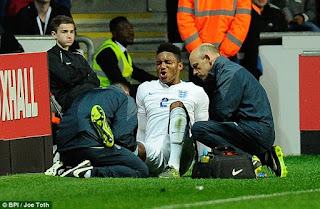 This is not good news for my club at all. Joe is with a serious knee injury.The Liverpool defender is awaiting the result of scans but it appears he has damaged his anterior cruciate ligament, which will mean he is sidelined for between six and nine months. He was injured during the latter stages of
England Under 21s 3-0 win over Kazakhstan on
Tuesday.
- October 15, 2015