Wednesday Hotness!! Una good morning. Don’t read if you are in the office or class..lol. Be above 18 oooo.. hehehehe

(‘COMPLICATED’ WILL BE POSTED BY 3pm) 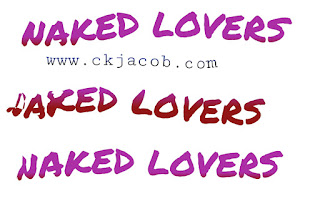 Enjoy!
*******
Underneath the covers of Courtney’s thick duvet, she was unclothed. Her lusty eyes caressed the stripped handsome figure standing by the doorstep. She visualized the tall, muscular man with broad shoulders and a charming face. He dazzled a smile as he approached. Courtney covered her face with her long curly hair.


As Oliver came forward, he politely removed the comforter, dropped it on the floor and joined his lover on the bed with their naked bodies touching each other.

The previous night, Oliver promised to make stimulating love to the woman beside him, the love of his sensual life. She giggled and wrapped her arms into his warm and firm body. He hugged Courtney tightly.

“I love you Oliver,” She said softly.

“I love you too Courtney.” He whispered.

She climbed on top of him and kissed his irresistible lips. His big hands gripped her fleshy buttocks as she took her misty tongue deeper into his throat. His fingers stroked her body affectionately, transmitting stimulating sensation into her.

Courtney opened her mouth wide to lock his lips and he gave a faint groan. He raised her up a little to insert his erected and electrifying cock into her wet pussy. She closed her eyes as the emotions she felt, surged into her brain. She felt weak into his sexual loving as he entered into her slowly and tenderly.

He caressed Courtney’s breasts, frolicking with her nipples. She twisted her hips continuously to feel the burning feeling mesmerizing her inner emotional state of mind. The room smelled of sex.

“Fuck me harder,” she muttered.

Oliver smiled and carried Courtney’s body on the bed and came on top her. He rammed his hard cock into her wetness and her body became enthralled with his touch. As Oliver pounced into Courtney faster and harder, he breathed into loud gasps. She screamed out of ecstasy, did not want to let go of the sensitivity.

She lifted her right leg up as he went deeper in a speedy drive.

Courtney began to shiver as Oliver found his way rushing his lips on her two nipples. She used her hands to cuddle his body making his cock grow harder and thicker. She ran her small hands down to his penis but he stopped her and went down to suck out the juice in her pussy. Oliver licked her calculatedly, licking and tickling her clitoris, it sent sparks into her whole body.

“Oliver,” she muttered his name. “I want you inside me.”

He raised his head and made eyes contact with her. “Beg me.” his husky voice commanded and he went back eating her pussy.

“Please I beg you,” she begged in a shivered tone. “I need your cock inside me!”

He removed his hand, touched his cock, made way through her soft warm thighs and thrust his hardness into her. She shut her eyes in high ecstasy as he pounded her with power. As he entered her, he fixed his poisonous gaze on her gorgeous breasts bouncing on her chest.

They were exhausted and lay bare naked on the bed.

“Will you marry me Courtney?”

“I will buy you an engagement ring later.” he said.

“I don’t need the ring,” Courtney said serenely. “I only want your love, heart and cock forever.”

Oliver beamed and wrapped her into his accommodating arms. “You have them all.”