Hugh Grant is a father for the fourth time in four years.

According to People reports, Hollywood actor and the Swedish television producer Anna Eberstein welcomed their second child together, a baby girl. 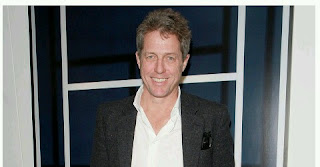 The little girl has not been named. She joins the couple's 3-year-old son John Mungo and Hugh's children, 4-year-old daughter Tabitha and nearly 3-year-old son Felix, whom he has from a previous relationship with ex-girlfriend Tinglan Hong.