49 year old Janet Jackson will be postponing her first world tour in four years.The sister of the late Michael Jackson has to undergo surgery, she announced on Facebook on Thursday. 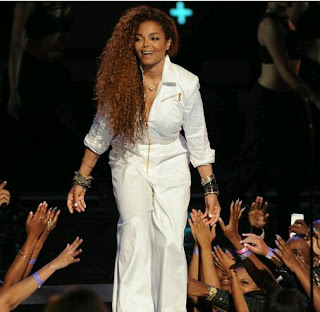 The singer was scheduled to begin the 2016 leg of the Unbreakable tour in Colorado on January 9.

wrote.'Happy Holidays to each and every one of you. I need you to know, I learned today, from my doctors that I must have surgery soon.'It breaks my heart to tell you that I am forced to postpone the Unbreakable Tour until the spring.'+3Time out: The 49-year-old sister of the late Michael Jackson has to undergo surgery, she announced on Facebook on ThursdayAll the stops would be rescheduled and that concertgoers should 'hold on to' their tickets, she said.It was added that the tickets would be honored in a 'special way.'Please pray for me, my family and our entire company during this difficult time,' the Nasty singer said.'There will be no further comment. I love you all so much and am ever grateful for your understanding and your love. Gon' b alright.'
at December 26, 2015