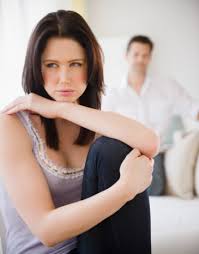 If you have not read these stories click on the links.
Who Killed Anabel? Episodes 1 2 3 4
Finding Robinson's Killer. Episodes 1 2 3 4 5
I see rainbows. I counted the colors and they were seven. How colorful will be my own life after the betrayal of the man I gave my heart to on our wedding day. The emotions I felt for him the first day my eyes saw him as transformed into resentment.

The day I met Timothy in a shopping mall, he walked up to me to collect my phone number and I refused. My best friend with me was the one who persuaded me to give him. I did.
He called immediately I arrived home and I ran to check the window of my bedroom to peep if he actually followed me home. I was wrong. It was only a coincidence.

I smiled as he talked about how my beauty fascinated his heart. He wanted to be my friend. I agreed. I could not say no the man I thought I fell in love with at first sight. Does it really exist?
We went out on a few dates, after that, we became lovers. I informed Timothy I wanted a non-sex relationship because I cherished my virginity, he agreed without an argument. He never begged or forced me to lay with him for two years we dated each other. We only hugged and kissed. On a valentine’s day, he proposed and I agreed without thinking twice. He made me happy, I never caught him cheating even the times I snooped his phone.

The day before my traditional wedding, I told my friends how proud I was to have a man who respected my decision not to have premarital sex, they laughed at me, saying I was going to marry an impotent man, some said he was getting it from a side chick.

I laughed at them. I laughed at their ignorance. Instead of them to praise a worthy man, my naïve friends mocked my man and me. It did not bother me. I trusted Timothy with all my heart.
One thing I loved about my partner, he was very close to his family. Despite he was an only child, he was always in touch with his parents, his father’s niece and other relatives. Whenever I was in their midst, I behaved me. I could not pretend because of the freedom and love they showered on me.

On our wedding night, my husband made me a woman. The way he touched and caressed my body, I fell more in love with him. For three years we were married, I never doubted him because of the love and attention he tendered to me. The only thing that bothered my heart was getting pregnant. I wanted a baby to complete my home. Timothy gave me hope that everything was going to be okay. I persuaded him to bring his cousin to live with us to keep me company while he went to work. She had just finished writing her secondary school final exams.

One day, I went to his office unannounced and I saw his female secretary coming out from his office. She was adjusting the top button of her shirt. I never suspected anything because of trust.

I sighted Timothy coming out from a restaurant with a young lady half his age. He told me she was a friend’s younger sister. I never assumed anything because of trust.

I saw red lipstick stain on one of his shirts. He said his colleague’s wife hugged him and that was how he got the stain. I never accused him of cheating because I trusted him.

I came across a neat long sheet of paper inside his suit jacket. I did not read it immediately but kept it back but I became curious to know what was written on it. Was it a letter? I asked myself. I went back to unfold it and my heartbeat exploded. The name scripted on the sheet and the contents made me weak. I was inquisitive to know why my husband was in possession of it.
I investigated and my heart divided into two because of the result I got. The pregnancy result wasn’t enough but the person he slept with was killing me inside. How could Timothy do this to me? How could he take my trust for granted.

He begged, he cried, Timothy wanted my forgiveness. Never! All I wanted was never to see him again. I divorced him without thinking, the love and trust I had for him became hate and mistrust.

On a Saturday morning, I received a call.

“Hello, the caller said. “Please I am Doctor John from Sandy hospital. Am I speaking to Mrs. Vivian?”

“Miss Vivian.” I corrected him. “Is there a problem?”

“Mr. Timothy is in the hospital. He took an overdose to kill himself and…”

“Did he not die?” I could not allow him finish but ask my own question.

The doctor was silent for few seconds before he spoke. “He did not die but he asked for you to see him. He’s in a critical condition.”

“Let me think about it. I answered him and ended the call.

My thoughts went back to the day I told Timothy to leave the house and my life for good. That day, I could no longer look him in the eyes for telling me he was sorry for what he did. Sorry could not change anything about the situation. What he did was a total betrayal. He broke my trust and it can never be amended.

The man named Timothy, who I no longer love but despise, impregnated his own cousin.