Despite holding talks with Wolfsburg, Aresnal is interested in the teenager who won the Golden Boot. 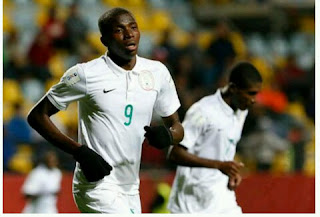 Nigeria Under-17 striker has hinted that Arsenal are interested in his services as he looks to secure a move to Europe.

Osimhen shined at the U17 World Cup earlier this year, scoring 10 goals to finish with the Golden Boot as well as being named the second-best player.

He has been linked with a host of clubs including Manchester City and Tottenham.
- December 26, 2015