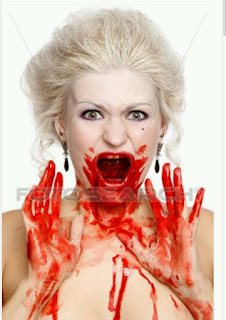 “Hello honey,” Katherine dressed in a white nightie muttered over the phone to her husband at 10pm. “Are you not coming home again?” She could hear him breathe loudly before he answered.

“I will still come home but I do not know when exactly,” Valentine replied. “The meeting with my boss is very important and as the manager I have to present until it ends. I hope you understand.”

She sighed and rubbed the back of her neck. “I understand.”

“Okay.” Her spouse ended the call.

Katherine switched off  her phone and dropped it on the dressing table before she went towards her large bed to lay down. She could not close her eyes to sleep because she was very worried. She did not believe her hubby, thought he was with another woman. She did not want to query him now, their marriage was only three months old.

What did she expect from him when she knew how she maneuvered her ways to make him her husband? This was not the right time to start asking questions. When the right time comes, she will surely display her true behavior to Valentine.

Katherine turned off the lamp by the side of her bed. She took a deep breath and shut her tired eyes.
“Kate.” A female grave voice said noiselessly.

She hurriedly opened her eyes and turned on the lamp to survey the room. “Did I just hear my name?” she questioned herself. “Hello… Who’s there?”

She rubbed her face with both hands and let out a sigh. “Maybe I’m imagining things.” Katherine went back to sleep.

“Kate.” The same dead voice said again. This time, it was loud.

She speedily rose up on her feet and ran to turn on the switch on the wall. It refused to on. Her heartbeat began to beat faster. She was very scared.

“Why did you have to kill me?”

“Oh my God!” she cried out fearfully and in the dark she hiked towards the direction of the door to open. She recognized the voice but it was impossible for the owner of the voice to call her name. How can the dead rise and utter her name? Katherine came out to the living room, the florescent light still turned on. She hurried to the entrance door leading outside the house but it was jammed locked! “Oh my God! Oh my God!! Oh my God!!! This cannot happen!” She searched the floor for the key but could not find it. She turned and pressed her back against the door to look around. She saw no one.

“Felicia, please don’t hurt me.” she said and shut her eyes out of fright.

“After what I did for you,” the voice continued. “You killed me and snatched my husband! You are a wicked friend!!!”

Katherine opened her scared eyes, she observed the sitting room and saw no one. “Please forgive me,” she begged as sizzling tears plunged down her face. She hastily fell on her knees. “I am sorry. I should never have poisoned you. It was the handwork of the devil.”

Felicia appeared in front of her. A woman with pale skin, her hair black and it shined as her eyes glistened with fury. A sharp long knife clutched in her right palm.
“Shut up!!!”

Kate gasped and her eyes widened as she saw the ghost of her dead friend she murdered a year ago. She looked away at another direction, the ghost appearance was scary! Kate ended her life because she was romantically interested in her husband Valentine. 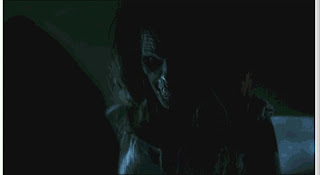 “I loved you like a sister,” Felicia said. “Yet you paid me with evil. I am here for revenge! You will join me!!!”

“You will die!!!” She moved towards Katherine in a fierce manner. Her eyes sparkled with anger and bitterness. Forgiveness was out of her mind, she was here for revenge! As long as she could no longer be with her husband, a traitor will never have him!!

As she got closer to feeble Katherine, whose legs were not able to move, she pleaded, “I will leave Valentine, just let me live!”

The horn of a car disrupted her from doing what she came back to do. She had no choice as she recalled the sound of the vehicle. Felicia eyes fell, she knew Valentine was back home to the woman she despised. The car he drove in was a gift she bought for him on his birthday.

She wondered how he could remarry 9 months after her demise. Even if he wanted a companion because of loneliness, why choose her friend? Although Kate seduced him but he should have fought the urge to have sex with her and even to marry her.

Was revenge for betrayal meant for her wicked friend and her husband? She questioned herself silently.

Kate was still on her bended knees. 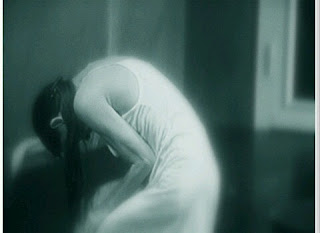 They both heard the sound of the car door open and shut.

Felicia facial expression turned murder as Valentine footsteps came closer to the house. She would never allow him kiss or hug Katherine. Never Ever!!

It was time to say goodbye to the man she loved and cherished. Her closet friend, poison and death robbed her of her infinite happiness.

Without unwillingness, she raised the knife upwards and brought it down to the throat of Katherine. She thrust the knife inside her throat deeper. No holding back!

Blood gushed out like water running from the tap.

Red substance splattered on the floor as Katherine’s body dropped. The pain was horrendous for her to utter a word. Her body began to shake as she fought for her life. The injury was deep and inescapable. No help came. Valentine was still standing at the entrance door, replying a text message.

Felicia took the knife blade to her lips and licked it. Blood plastered on her face and a weird fulfilled smile flickered on her lips. She disappeared….

Valentine used his key to open, came in. What he saw was beyond his imagination. A surge of shock and fright engulfed his whole body. He vomited instantly.