This is unfortunate. Recently, Maria failed drugs admission and the United Nations has suspended the Russian from working with the organization. 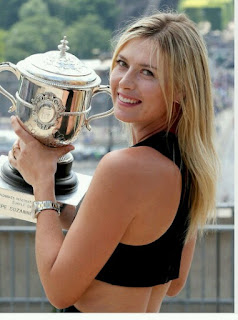 The tennis star will be unable to continue her work as a goodwill ambassador with the U.N. Development Program until the conclusion of the investigation into her admission that she tested positive for the banned substance meldonium at the Australia Open in January.

Sharapova worked with the program which aims to eradicate poverty and inequality for nearly a decade, focusing mainly on helping victims of the 1986 Chernobyl disaster. She was paid a symbolic $1 salary in her role, she stated that, it was one of her "proudest contract ever."

The 28 years old made a $100,000 donation to young survivors caught in the world's worst nuclear accident upon her appointment in 2007.

The ban could be reduced to two years or less if anti-doping officials find Sharapova did not intentionally take the drug to enhance her performance.