Tiwa Savage and TeeBliz Brouhaha! Who is the victim? 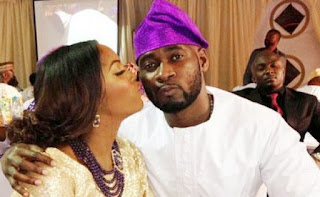 Check out this comment on Bella Naija from Habibat. She says,

I hate to do this, and I know you will kill me. but damnit, the truth must be spoken. Only reason why Tunji is doing this is because Tiwa cut him off. For once, he couldn’t get her to give him everything on a silver splatter. He tried to intimidate her and for once it didn’t work so he resorted to emotional blackmail. He wanted to destroy her reputation, because he knows things about her that people. Trust me, that is the truth. And it worked; everyone has fallen for it hook, line and sinker. However, Abe Lincoln said “You can fool most of the people most of the time and you can fool some people sometimes but you can’t fool all the people all the time.’ Tunji, those of us who see what you do Tiwa Those of us who, unlike you, truly care about Tiwa WE ARE NOT FOOLED!! WE KNOW WHAT YOU ARE ABOUT!! I hesitated to say this because I didn’t want to be perceived as “insensitive”, “callous’. ‘evil’, even. But then I read all the bullshit people are writing and I knew I owed it to Tiwa to speak up. Tiwa, we warned you, but you thought we were judging him. You see? You slave day and night to take care of him, his family and his children. And this is how he repays you; by wasting your money on other women, beating you into submission when you don’t and then when you stand up for yourself, he drags your name through the mud, Again, you commenters will kill me, but what yeye depression? Do you REALLY think if Banky W had accidentally pushed Tunji, Tunji wouldn’t have fought for his life? If no one had come, do you REALLY think Tunji would’ve jumped? Haba, Nigerians! WHY ARE YOU SO GULLIBLE?! Those of us with eyes, we see very clearly. We see through his shenanigans. Unfortunately, Tiwa doesn’t. And she will back down. And it will go back to business as usual; him bullying her and her allowing it. The beatings will continue, the cheating will continue. The lies will continue. Yesterday, Tiwa released a new song and a new video and got rave reviews. Why would a truly loving husband, a husband who supposedly puts her first, so selfishly chose a period when her career is doing so well to tarnish her image like this? If he was depressed (bullshit), why didn’t he quietly reach out to their people? Does a good husband beat his wife black and blue? Does a good husband defraud his wife? Does a good husband fool the world into believing despicable lies about his wife? Does a good husband go looking for rich men to sleep with his wife?

This commenter probably knows about the Balogun’s.

I do not agree he is not depressed. No one should joke about it. Depression kills faster than AIDS and yesterday some people kept saying why didn’t he take his life indoors. Why did he have to go outside for Banky W and Peter Okoye to save him. That’s pathetic and cold. I will not bash him regarding the depression/suicide aspect because I am not in Tunji’s shoes but I will address other things.

Tunji is presumed to be a woman beater yet Tiwa remained in the marriage for two years. (26th was their 2nd year anniversary). Probably they had marital issues and decided to stay apart that’s why none of them celebrated their anniversary on their social media handle. There are many stories out there where wives going through domestic violence still stay because they don’t want people to talk, at the end of everything, they end up being killed! Battered women who stay/relax in abusive marriages because of their children are weak and thoughtless. Your life is more important than that marriage. If for example, Tiwa loses her life, people would surely talk and blame her for not saying bye bye to an abusive man.

Why can’t men hit their fist on the wall or BROKEN GLASSES instead of their spouses. I know why. Insecurity! Abusive men should be stripped, and flogged mercilessly.

Tunji cheats, beats and lies to his wife, yet she stays? Why?? Is it because of a Broken marriage? Nobody knows except her!

Tiwa released a song yesterday, I follow her on Instagram and I saw a short video of her singing her song with Dr Sid. Tunji is so wrong for leaking his wife escapades (if true)! For the fact that she is the bread winner, he should have waited, in fact not do such a thing, he should have talked to his wife heart to heart. Instead, he went to instagram to RANT like a spoilt brat! He blamed his wife, father, and his mother in law by calling her a witch. If he knew, why did he marry the daughter of a witch? I won’t call him a wicked man, he was simply senseless, and self-centered! He wanted pity and make Tiwa look like the villain and put her to shame!

If he knew she was a flirt, a cheat, why did he marry Tiwa and make her his wife? he left his ex-wife with two children to be with her. That should be love or lust.

Should we believe she slept with Tuface, Don Jazzy and Dr Sid? I don’t know! It might be true, it might be fabricated to spite Tiwa and make her fans see her as a cheap woman. If truly she slept with 2face Idibia, why should he praise his wife Annie Idibia for feeding him? probably because they once dated? Questions we might not get the actual answers.

If Tiwa neglects her role as the wife because of her career and busy schedule, he should have seen that coming. He married a successful celebrity.

Should Tiwa put her music business before family? Absolutely NO! Family should come first and career should follow behind especially when you start to have children.

I believe Tiwa should show love and care to Tunji this period but that does not mean she should abandon the music projects on her table. If he says no, then she should do the right thing and leave. If he truly loves her genuinely, he will support her no matter what.

No sane man will look for rich men to sleep with his wife. A man that does that is DELUSIONAL, UNSTABLE, has MENTAL ISSUES and NEEDS FAST PSYCHOLOGICAL HELP! If he truly does that, it is better for her to say goodbye and wish him good luck. I hope Tunji aka Tee-bilz finds peace and heal. He should fight the urge never attempt suicide ever again. Where there is life, there is hope. Suicide is not an option. You have to fight it, overcome it and shame the devil. I hope Tiwa finds comfort during this period. May God help the both of them. They should seek answers from God through prayer.

Who do I think is the victim? Tiwa and Tunji are victims of this unfortunate Brouhaha.
at April 29, 2016