Wow! 18 Interesting Facts That Will Blow Your Mind! 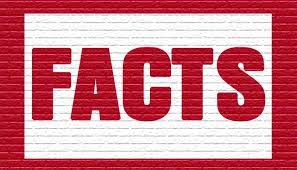 1. Winston Churchill was born in a ladies’ room during a dance.

3. Donald Duck comics were banned from Finland because he doesn’t wear pants!

4. There are more than 10 million bricks in the Empire State Building!

5. Camels have three eyelids to protect themselves from blowing sand!

6. The placement of a donkey’s eyes in its’ heads enables it to see all four feet at all times!

7. The average American/Canadian will eat about 11.9 pounds of cereal per year!

8. Over 1000 birds a year die from smashing into windows!

9. The state of Florida is bigger than England!

10. Dolphins sleep with one eye open!

13. Owls are one of the only birds who can see the color blue!

14. Honeybees have a type of hair on their eyes!

I6. The cruise liner Queen Elizabeth II, moves only six inches for each gallon of fuel that it burns.

17. A Saudi Arabian woman can get a divorce if her husband doesn’t give her coffee.