You like Kissing and you know nothing about the facts. Shame on you! Lol

I guess if you are asked the meaning of Kissing, you would probably say the act of joining two lips together! You are right but.... Yes there is a but! Do you even know if Kissing is good for your health or where did it originate? 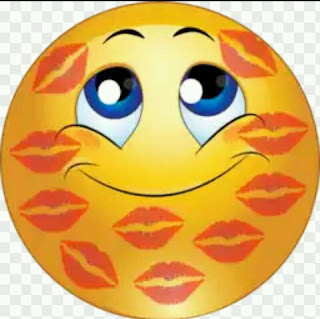 Kissing is an art. It is a process. Not everyone kiss the same way.
Some are experts, while others do not know how to kiss. I can't teach you but I will enlighten you about the facts.

1. The word kiss finds its origin from 'cyssan', an Old English word that in turn originated from 'kuss' or kussijanan'. These are proto-Germnic words that were probably derived from the sound that actually comes out when two people kiss each other.

3. Philematology is the branch of science that studies Kissing.

4. Orbiculars Oris is the primary muscle that is used by humans to kiss.  Referred to as Kissing muscle. This muscle is responsible for puckering of lips.

5. In the entire human body, lips top the list in terms of sensitivity. Scientists say that human genitalia aren't as much sensitive as lips and that fingertips are 100 times less sensitive than lips.

6. Male and female lips both have a close resemblance with vaginal lips.

7. Kissing can help but calories. Oh yes you can! One passionate kiss can burn up to 6.4 calories. Kissing four minute at stretch and you burn 25.6 calories which is equivalent to 26 calories.

8. Sulking and Kissing are nearly identical. According to some scholars, it is possible to tell whether a person was bottle fed or breast fed simply by the way he or she kisses.

9. A woman can reach disrupting orgasm simply by Kissing but that requires her partner to be excellent at Kissing.

10. People Kissing more frequently are reported to have good dental health because just when they anticipate that they will kiss, saliva flow in mouth increases. This helps to create a protective shield on teeth and prevent formation of plaque.

11. Kissing is good for your teeth! The anticipation of a kiss increases the flow of saliva to the mouth, giving the teeth a plaque-dispersing bath. Please, kiss all the time!! *winks*

12. A medieval manuscript warns Japanese men against deep kissing during the female orgasm because a woman might accidentally bite off part of her lover’s tongue.

13. According to one study, many men are more particular about which women they kissed than who they went to bed with, suggesting that kissing is somehow more about love than coitus is.

14. Mothers who passed chewed solid food to their infants during weaning may have created the first kiss.

15. Kissing may have originated when mothers orally passed chewed solid food to their infants during weaning. Another theory suggests kissing evolved from prospective mates sniffing each others’ pheromones for biological compatibility.

16. Scholars are unsure if kissing is a learned or instinctual behavior. In some cultures in Africa and Asia, kissing does not seem to be practiced.

18. Leper-kissing became fashionable among medieval ascetics and religious nobility during the twelfth and thirteenth centuries. It was deemed proof of humility.

19. During the middle ages, witches' souls were supposed to be initiated into the rites of the Devil by a series of kisses, including kissing the Devil’s anus, which was a parody of kissing the Pope’s foot.

20. Kissing at the conclusion of a wedding ceremony can be traced to ancient Roman tradition where a kiss was used to sign contract.

22. Under the Hays Code (1930-1968), people kissing in American films could no longer be horizontal; at least one had to be sitting or standing, not lying down. In addition, all on-screen married couples slept in twin beds...and if kissing on one of the beds occurred, at least one of the spouses had to have a foot on the floor.

23. According to Pinly, common cold can be cured simply by Kissing the nostril of a donkey.

24. English language is the source of the term "French kiss". The word originated in year 1923 as an insult on French culture which, at that time, was considered to be overly concerned about sex.

25. Human mouth is a warehouse of bacteria. Kissing causes exchange of these bacteria. The number may vary anywhere between 10 million to 1 billion.
at June 07, 2016