1. The reason dogs curl up is because of an age-old instinct to keep themselves warm and to protect vital organs while they sleep.

2. Anything smelly your dog rolls in, only smells gross to you—to them it’s DIVINE. 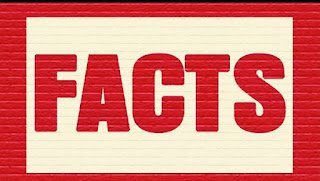 3. Dogs have wet noses because it helps to absorb scent chemicals.


4. If you leave your dog a piece of clothing that smells like you, the scent will comfort them and it can help curb their separation anxiety.

5. The basenji is the only breed of dog that can’t bark, but they can yodel!

6. When dogs poop, they prefer to do it in alignment with the Earth’s magnetic field.

7. If a guy has a dog with him, he’s three times more likely to get a girl’s phone number.

9. The Norwegian Lundehund is the only dog that has six toes on each foot!


10. A dog named Duke is the mayor of Cormorant, Minnesota.

11. Labradors are the most popular breed in the United States.

13. In a study done by scholars at the University of California, it was found that dogs can get jealous if they see their humans displaying affection toward something or someone else.

14. Dogs don’t ONLY see in black and white — they can also see blue and yellow!

15. Dogs can be trained to detect changes in the human body — there are even seizure alert dogs that assihimselfents during the onset of a seizure.

16. When your dog spins in a circle before settling down to snuggle, it’s because he’s making himself at home! This is a nesting trait carried down from your dog’s wilder ancestor.

17. A German shepherd seeing-eye dog named Orient led his human, Bill Irwin, over the 2,100-mile hike through the Appalachian Trail. Irwin was the first blind man to make the journey.

18. A service dog named Kirsch received an honorary master’s degree in mental health counseling for attending all of his owner’s classes.

20. The USA is the country with the highest pet dog population, at around 75 million.

21. Dogs see a lot better than humans do at night.


22. And they can hear about 4 times the distance of a human.