I saw this online and decided to share it with you.
Sexual fetishism appears to be tabooed but actually it’s not that tabooed after all. Most of the people falter from confessing what actually turns them on but it's common to find information on sex fantasies, sex toys and other things in a women’s magazine. However, once within the safe walls of your home, fetish is quite undisruptive. It obviously doesn’t come out to play the lead role; nonetheless it works amazingly in a supportive role. Everyone has got their own fetish, and it may be anything. Listed below are the most common fetishes: either commonly practiced or frequently talked about. 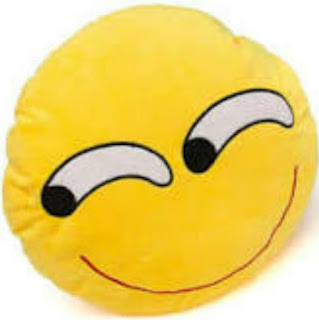 
2. Piercing Fetish Piercing is yet another common fetish. People who have piercing fetish are easily drawn towards the one who have pierced clitoris, penis, nipples, tongue, belly button, nose, eyebrows or simply ears. It may simply be the appearance of their partner with the pierces on his/her body that may take their craving to the next level or the feeling of metallic object pierced in their partner’s body, which upon rubbing their body may leave them turned on.


3. Leather, Rubber, Vinyl and Latex Fetish Men usually love such material and that’s not necessarily because of the feel of these material, sometimes it’s only because of the sexual influence these materials produce during a sexual encounter. They mostly prefer the ‘bad girls’ as they are more appealing to them. Watching them move around in tight shiny leather or latex material has a significant turning on effect on them.

4. Shoe Fetish Men are usually obsessed with women wearing high heels so shoes are among the most common fetishes. Women can feel the same way about shoes too, but the majority shoe fetishists remain among men. The appearance of the shoe is all that matters i.e. the pointed heel and toe or the length of shaft of the boots. Some people suggest shoe fetishism mainly because shoes are in proximity to leg which obviously leads to the private area. Some men easily feel aroused by having a look on strappy heels or red stilettos.

5. Water It may seem rather weird but water is quite a popular fetish with both the genders. Running water somehow does the magic for some people. Let it be a shower, opened faucet or even rain, hearing it or looking at it turns them on. To take things even further, some women feel aroused by the lightning and thunder. The view of massive flashes of light suddenly embarks their sudden lust for sex.
(Okay oh!)

6 Bondage People usually look forward to fantasizing what they don’t have in real life. If you are a less dominant person then you are more likely to get turned with your partner all tied up, lying on your bed. People usually prefer tying their partners up with the necktie or other things that may only give pleasure rather than threatening the partner. If you are into material, then you may go for leather restraints with Velcro closures.
(SMH)

This is actually more than a psychosis than a fetish and it involves sex with the dead bodies. People with this condition don’t really kill others to have sex with them; they merely do it because of their attachment with the dead person. But since you won’t find dead bodies lying around on your way to work, so the chances are necrophiles may be murderers or sexual sadists. This gives them the desire of owning the person entirely. Necrophiles may even prefer non-human bodies such as dead animals.
(God forbid bad thing!)

8 Zoophilia This fetish includes sexual intercourse with non-human beings. Most often zoophiles prefer dogs as they are easily available and can be trained or horses because of their gargantuan genitalia. Others animals may include sheep, goats, or chickens or any other farm animal. Animals are animals so they don’t really care what you are doing but dogs and horses can be skillfully trained to take pleasure from the intercourse. Both males and females can have such fetish. Having an intercourse with a horse is extremely dangerous as the horse penetrates into uterus or tears the colon, either way resulting in a horrifying death.
(Some people are crazzzzzzy)

9. Voyeurism Some people simple get turned on by watching other people having sex, no wonder the pornographic industry is touching the skies. It is definitely illegal and may at times give the partner a bit of a fright. Both men and women can have this fetish. While seeing other people naked and deeply lost in their sexual intercourse, people with voyeurism may have a sudden craving for sex and may feel extremely hungry for it. They obviously have to check with their partners before landing the bombshell on them. Watching others have sex can be conveniently done by watching porn videos.
(They need Jesus!)

10. Coprophilia This may be the disgusting one. Some people are aroused by looking at their partner’s feces. However and thankfully it is a very rare fetish, but it's among the most commonly talked about fetishes. And to take it to the whole new level, some people get sexual pleasure by eating the feces. They orally stimulate their partner’s anus but this is hazardous as it may cause major diseases or infections.
(Some people needs deliverance!)