Weirds Facts About Sex You May Not Know!

1. In case you were wondering, there is enough sperm in one single man to impregnate every woman on the planet who is fertile.

2. We all know you need to be in good health to have great sex, but studies show that lower cholesterol is directly related to a better performance in the bedroom. 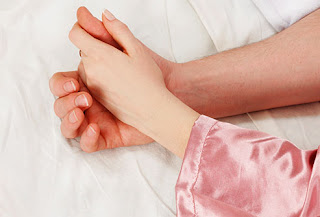 3. For those who are wondering if their grandparents and great-grandparents still have sexual intercourse, the overwhelming answer is yes. Approximately one third of women in their 80’s continue to have sex with their husband or boyfriend, so long as they are both in good enough physical health to do so.

4. Humans are not the only ones interested in performing oral sex, wolves, bears and bats are also known to participate in the practice quite often.

6. If a female ferret does not have sex for a year, she will die. Thankfully, this is not true for human females whose sexual desires can remain strong, but not strong enough that the anticipation and waiting will cause them to die.

7. Some people are wired to have more sex than others. Scientists are not entirely sure why this is, but it is true in both males and females. Some will want more, while others will want less; it just depends on how their brain is wired.

8. This is one of the weird sex facts that most of us have not heard about before. During intercourse, your inner nose swells just as your breasts and genitals will. This is most notably due to the increased flow of blood while having intercourse.

9. For men, sex burns between 100 and 200 calories on average. On the other hand, it only burns approximately 69 calories for women.

10. While many know that chocolate can be an excellent arousal for having sex, apparently the smell of pumpkin can help increase the blood flow to the penis to encourage an erection.

11. Low blood sugar can easily cause harm to your love life as low blood sugar makes you irritable and less likely to want your partner.

12. For men under the age of 40, their average time to erection is a mere ten seconds. For some it is shorter, and if it is much longer than ten seconds, it may be an indication of erectile dysfunction.

15.Women have the ability to make their voice sound “sexier” in order to entice their men when needed. Men, however, do not possess such an ability and simply have to rely on other factors.
16. Approximately 60% of men who get aroused have erect nipples. In fact, the nipples are just as sensitive in men as they are in women, which is why so many men get erect nipples.

17. The recipe to the sensitivity of the clitoris is its 8,000 nerve fibers, which is twice as many as contained in the penis. As such, it is this area that most helps a woman reach orgasm.

18. As an orgasm becomes imminent in a woman, the vagina decreases in size by as much as 30%. This contraction is most likely to help increase the sensitivity felt by the woman as she climaxes into the orgasm.

22. This could be one of the weirdest sex facts you never heard about. Women who are prone to migraines are also more likely to have more sex, this is because orgasms can help alleviate the pain of a migraine.

23. Approximately 1% of women can achieve full orgasm solely through stimulating their breasts.