Joro Olumofin - How to spot a Husband Material.

September 05, 2016
Relationship counselor and psychologist Joro Olumofin gave ridiculous list on how to spot a wife material last week. Today, he presents to you how to spot a husband material (HM) . 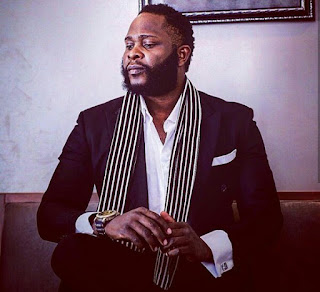 4 If he runs after instagram celebs, plastics girls with 25 inch Brazilian hair, 4 inch nails who have 1berry,cherry,Barbie,Velvet,doll" as their IG name hes not a HM

5 If he leaves his phone open, no password or locks, he's a HM

7 Any guy who his phone is constantly on silent 24/7. No ringer or vibration is not HM

11 He must know how to make at least indomie, Rice, yam, stew and plantain

13 If he gives you his atm card , cheque book freely he's a HM

18 If he has been to moremi hall, Redeemers or Babcock University more than 5 times this year he's not a HM

19 Any guy who is owing night clubs money or borrows car, tooth brush is not HM

21 If he hides you from his friends, family, Pastor he's not a HM