Short Story: The Other Room. 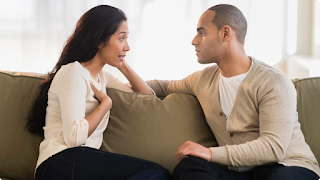 After Eki’s one-year wedding anniversary, her spouse, Hank threw a bombshell that she should quit her job as an accountant in an oil company. Two of his reasons were it was taking most of her time and he needed her to take good care of him. She refused at first but Hank promised to increase her monthly allowance.

Eki discussed it with her mother and she advised her daughter to quit. Her marriage was too early to have a big disagreement because of her career. Her marriage was more important, she advised. Her elder sister suggested she should venture into any profitable business. Eki thought about it, resigned and planned to open a saloon. She knew how to make hair but never thought about making money from it until now.

Her savings was more than enough for her to start without any financial help from her husband. She thought that even if she no longer had a job she would have her new business to keep her busy and still have enough time to cater for her home.

She was going to surprise Hank after putting everything in order. She found a shop close to the house, ordered for equipment’s online and the shop was ready after few weeks of preparation. Eki was happy and ready to announce it to Hank.

After he came back from work that day, she prepared his favorite food Eba and Ogbono soup with cow leg. Just the aroma from his dinner made him smile. He told her she was doing exactly what he expected. The moment he finished eating, she told him.

Hank acted surprised, puzzled and angry. “Never!” He spat at her before walking out.

She begged him for more than two weeks, and he still refused.

She promised she would employ people to work with her, resume work after he had left for the office and return home on time. He declined. On a Saturday, after she came back from the market, looking tired, she met her mother, sister and four of Hank’s family members in the living room. She was surprised, went to the bedroom and asked her husband if anything was wrong.
“It’s a family meeting and you have to come with me.” Hank said. She followed him without asking more questions.

Hank narrated what his wife did but none of them supported him. They didn't want Eki to be a full housewife. His relations praised her.

“I can’t believe you.” One of his uncles said. “These days men don’t want a wife that is a liability. You should be proud she is still ready to get her hands busy after quitting her job. If she was my daughter I would have disowned her for doing that.”

“But I am not complaining. I want her at home. She needs to look after me.”

“Are you a baby?” His elder brother asked. “Is Eki your baby sitter? I know your wife belongs to you but….”

“There is no but!” Hank cut off his statement. He was furious. “My wife belongs to my living room, my kitchen and the other room.”

All of them except Eki and Hank gazed at each other and exploded into laughter.

Eki rose on her feet, staring at her husband shocked. She pointed at him. “Is that the major reasons you wanted me to quit my job? I shouldn’t have listened to you. I left my job because I didn’t want any misunderstanding between us and I love you. But one thing you should know, you don’t own my life. I will do whatever makes me happy and I will continue to be a good and faithful wife.”

“I have told you where you belong.” He said.

“How can you say I belong to the living room, kitchen and the other room? What do you take me for? A maid or a robot? What do you even mean by that?”

Hank stood up. “I will not answer your question because you know what I am talking about. Your duty is to take care of me. I have already told you where you belong and I insist you must remain a housewife.”

“Never!” Eki said and stormed out. There was nothing that could stop her. She had made a decision to resume and nothing could change that.

“I don’t think my daughter will agree to that.” The mother of Eki said to her son in law. “You cannot stop her.”

He sighed. “If I cannot stop her at least can she agree she belongs to the other room? I don’t want her to ever deny me of my right.”

His in-laws and family members looked at him and hissed. They got up and began to walk away without saying goodbye. Hank had wasted their precious time. Hank watched them leave his living room.

When he realized he was alone, he went outside and raised his voice for them to hear him clearly. “You are all hypocrites! Everybody loves the other room!”
*****
The end.
at October 24, 2016