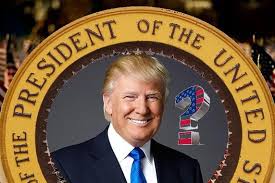 He came, he saw and won! I thought Hillary Clinton was going to win but only God knows what really happened. I think the best candidate won. I don't like Donald Trump but lets hope he won't turn America into a war zone. I heard people cried after the result was announced. I hope he was bluffing with the things he said in the past. Is he really going to drive Nigerians, Mexicans and other foreigners away?

What do you think about Trump. Did you you think he was going to win the election?
at November 09, 2016