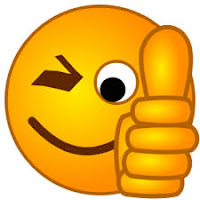 The next series:
I won’t tell you the title yet until the day I post the first episode! A female character is coming back! You love her but do not guess yet, she is not Genevieve Cole!  I’m sure you guys will be excited to have this story back on and see how her life and the other characters in the story continued.

These are the series coming up on my blog. After the above one ends....I will chose from the list.

**********
Irreplaceable!
Four couples that are close friends are going through different phases of life. A beautiful, simple and single mother of one thrives hard to give her child the best. This story is filled with dirty secrets, blatant lies, betrayal and above all, true love.

Dangerous Task!
There is a new case with only clues and no solution to stop the destruction from happening. The government had only one option, to bring two brilliant female investigators to find answers. Agent Tiwa and detective Genevieve will have to work together and do everything they can to solve the case.

Blast from the past!
A couple still trying to conceive relocated back to their old neighborhood. They reconnected with relatives, friends and ex-lovers. Soon, one of them began to die one after the other. Who is killing them? Who will die next? Will anyone survive and can anybody catch the killer?

Redemption!
When Christopher Falana finds out that his father he never met might not have committed suicide but was likely murdered. He would do everything to find evidence and dig out things about him from the people he trusted. Christopher never knew he was dining with the enemy.

Illegitimate!
Her large heart was shattered! The people she adored betrayed her when she lost a loved one. Everything she owned was taken from her  She would have to pick out the pieces of her broken heart, place them together and lock it with a key. She was prepared to plot for vengeance, fight back and get what rightfully belongs to her. Revenge was her only mission. Would she be able to love a man?

Ultimate Betrayal!
Samantha will have to go back and reconcile with her family to save her new boyfriend from the hands of her powerful father and ambitious brothers. She had no idea she would have to save herself first.