Nollywood actress, Cynthia Shalom advises young upcoming actresses to stop seducing producers. She said sex is not the easiest way for a lady to climb higher in the movie industry. 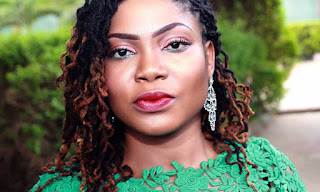 The actress stated that producers ask girls for sex is not true. Cynthia claimed that it is the other way round. She said these young girls flirts themselves and try to seduce directors and producers for them to give them roles to act.

She advised that the focus should be on the young girls who take things negatively especially when they are being rejected for a role.

In her words, "When a director tells you ''no, i cannot cast you for the job'', do not take that negativity. Do not look for other means to make them give you the job. Instead take it as an opportunity to work more on yourself. Look for the reason you were rejected and work on it.