Laila Ijeoma - I started my blog as a prank!

She's the first blogger that posted some of my fiction stories on her blog and I am forever grateful. 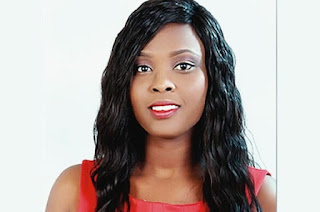 The owner of Lailas blog, Laila Ijeoma Obiagwu was interviewed by Punch Newspaper. She told Ademola Olonilua how she started her blog, her challenges and wins. Enjoy reading!

When was Laila’s blog created?

I actually started blogging in 2012. Lailasblog.com was birthed January 2013


What drew your attention to blogging?

I have always been a science student in school and I never knew anything about blogging in my life. When I finished school, I just wanted an outlet where I could share experiences with people and because of that, I started a Facebook page called, ‘True love for my man.’ That was the first social media account I used to gather people together and we spoke about love and heartbreak. The Facebook page grew because a lot of my friends joined.

I still wanted more, so I told a friend that I had the desire to run a television show and she told me to visit a radio station instead. I listened to her advice, visited a radio station and they gave me air time to do a show about money because I also work in a bank.

I had to cancel the show because it was not easy running the show alongside being a mother, a wife and a banker. All this while, I was still holding on to the passion of growing a community of like minds.

One day, I stumbled on one of my colleagues’ blog at work and I asked him questions about how it works. He showed me how to run a blog and from there, I began to visit other blogs. I was so intrigued and I told my colleague that day in the office that I wanted to start my own blog. He helped me create the blog, I began blogging and ever since then, I have had so much fun. I did not start it because I needed money, I was gainfully employed. When I started and began to read people’s comments, I knew this is what I had been looking for all this while.

How were you able to combine being a blogger, a wife, mother and a banker?

It is crazy and quite difficult to explain it. I spend every free second I have on my blog. I started waking up as early as 3am to blog and the beautiful thing about blogging is that you can schedule your posts, so even when you are not online, the post would still be uploaded on the blog. That helped me a lot.

During my break hours, I would rush home, find out what is happening around the world and begin to blog then I rush back to the office after that. Then once it is 4pm, I quickly round off my work and by 6pm, I am back home sitting in front of my computer, blogging till about 12am when I go to bed. That is how I have been living my life because I am still working for the bank.

It has to do with passion. When you want to succeed, as bad as you want to breathe, then you would be successful. You would not even see obstacles. My passion has been a driving force. Also, I have a supportive home and a husband who is very caring. I have a husband who helps out a lot at home and even on the blog and I am very grateful. In fact, my kids even know that their mother is a blogger. My family understand that I have two jobs and they all come together to help me. They help out with whatever they can and this reduces the burden.

What has been your most controversial post so far?

When Toke Makinwa got married, I broke the story but I don’t think that was controversial. Once in a while, I have had issues with some celebrities and some other people. Also during the Olamide versus Don Jazzy feud, I broke the story that it was Dangote that brought them back together and Olamide prostrated to Don Jazzy. The story actually went viral.

But have you posted any story that got you into trouble?

I think one that almost got me into trouble involved the wife of the son of a very top Nigerian pastor. This top and highly revered pastor’s daughter-in-law posted her bikini picture on her Instagram page and when I saw it, I uploaded it on my blog.
Of course, I knew it would generate some controversies but I uploaded it it though later took it down after I had a change of heart. But unfortunately, other blogs had already picked it. Later I got a letter from the lady that I published her picture without her permission. It was on public domain.

Have you ever gotten letter from lawyers or threat messages based on what you post on your blog?

Yes I have and I am trying to remember them. The latest one was with Toni Payne. I don’t know if it should be on print because these are issues I have resolved. During the Toni Payne saga, she threatened me and told me that she could circulate a false story about my husband.

When I became very serious with my blog, I had to get a writer to assist me. Right now, I have two writers that assist me. They help me post some stories when I am preoccupied with some other things. That very day, one of my writers stumbled on a post on Instagram, someone used a parody account and the name of the account was Thoni Payne. The person blasted Wizkid and my writer thought it was Toni Payne. So when my writer was uploading it on my blog, she credited the statement to Toni Payne. However, immediately she did it and realized her mistake, the post was removed. All that time, I was at work and was not aware of all that was happening.

It was when I got back home and I was going through my emails that I saw a message from Toni where she was abusing me. She had already sent a mail to my in-laws and my husband. She was able to get them by tracing through my social media accounts. She told my in-laws that I was tarnishing people’s image on my blog and they should warn me to take down the story. I did not know she had sent a mail before that one.
Then I replied her asking what the problem was in a very nice manner. It was at that point I scrolled down my mail and saw the first e-mail she sent me where she wrote that I posted false news about her and I must apologize or she would instruct her lawyers to write me, then she attached the link of the story with the e-mail.
I went to my blog and realized the post had been deleted, so I called my writer and she informed me of what happened. Toni Payne was insisting that I apologize and I told her that I didn’t need to be told that she deserved one.

I own the blog and accepted full responsibility for what happened. Then I put up a retraction. Toni even sent me a picture of my husband to make me understand that she did her job well. When she did that, I had to ask if she was threatening me. She said that she was not going to do anything like that but she added that one day I would get a dose of my medicine. I was very shocked when she said that. She said I had been writing so many evil stories about her and that I was after her downfall. Which I am not.

How do you handle negative criticism?

I am somebody that apologizes when I am wrong; we all make mistakes once in a while. Even CNN and Daily Mail which I love a lot make mistakes. I post the news and I never blackmail. If I am wrong, I would always apologize but if you accuse me wrongly, I leave it to God because the person is not worth my stress.

At what point did you start making money from your blog?

I was consistent in my work and in 2014, a particular company did an advert with me for a full year and it was worth it.

For someone not based in Lagos, how do you get fresh news?

One good thing about blogging is that you don’t have to be in Lagos but you have to be there to attend business meetings. You can blog from anywhere and you can get fresh news anywhere as long as you have the right sources, friends and connections. Sometimes strangers send me stories because they like my blog. They say things like they want me to be the first to break the story. That is how I get most of my stories.

When you created your blog, did you know you would become popular?

No, I did not. I started my blog as a prank. I did not start my blog because I wanted to make money. In 2007, I was earning as much as N200,000, I was single and I was a big girl. It was not about money at all. I started blogging as a prank; I even used a fake picture on my blog’s profile. It was along the line that I realized that I enjoy it. I love blogging. I did not realize that the blog would take me to where I am today.
Do you wish you were as popular in reality as you are on the internet?
May God not let bad thing happen. When you get popular, you are exposed to a lot of things. Even the people that are with you can sell you out. Most of the stories that we post were given to us by inside sources. It is people around celebrities that give the stories to bloggers. I don’t think I am ready for such popularity. I like things the way they are.

You were recently nominated for an award in Dubai, what was it about?

It is the Pan African Humanitarian Award in partnership with the Economic Community for West African States and World Leaders Forum, Dubai, and I was nominated in the category of the most promising blogger of the year. I was very excited when I got the mail because it is the first international nomination that I would have. I also feel very honored and humbled.