Today is supposed to be the protest organized by 2face Idibia but he canceled it on Saturday. He has been insulted for this by many Nigerians. When he came out to tell us what he intended to do, he was cursed out. They said he wasn’t the right person to protest because of his lifestyle and I wonder if having children is a crime now in this country. Are they trying to tell me men with children from different women has never ruled us? Tuface has never been accused of murder, manslaughter, theft, domestic violence or child abuse, so what crime has he committed? 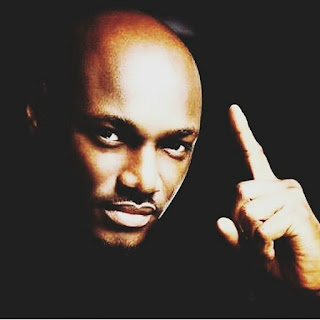 All these money-sucking politicians are sitting in their comfort zone unbothered about the hunger, unemployment, increase in food items, because they can afford anything they want! If a dollar increases to 1000 or a bag of rice becomes 30k or a litre of fuel turns to 200 naira, do you think they will be affected? No!

Tuface cannot just cancel a protest 2 days to go for nothing. Something is not right! He is a celebrity and his family is well known. I won't be surprised if he was threatened. Those telling him he should go ahead and protest, what if something bad happens to him, are you not still the same people that will wish he never left his house to protest? Fake people. Hypocrites!

If you are one of those that bashed Tuface for quitting and you do not come out today to protest, you are a loser! Whatever Innocent Idibia decides to do, I stand with him. He didn't fail us. The government did!

To those that are out there protesting right now, may God bless you! Huge respect for Charly boy and Seyi Law.
- February 06, 2017