During an interview, award-winning Nigerian writer was asked, “Does it matter how you’ve arrived at being a woman? I mean, for example, if you’re a trans woman who grew up identifying as a man, who grew up enjoying the privileges of being a man, does that take away from becoming a woman? Are you any less of a real woman?” 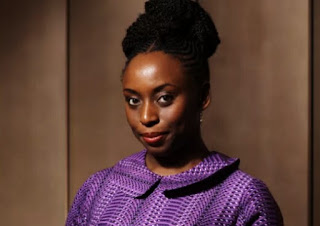 So when people talk about, you know, “Are trans women women?” my feeling is trans women are trans women. I think the whole problem of gender in the world is about our experience. It’s not about how we wear our hair, or whether we have a vagina or a penis, it’s about the way the world treats us.
And I think if you’ve lived in the world as a man with the privileges the world accords to men, and then sort of changed, switched gender, it’s difficult for me to accept that then we can equate your experience with the experience of a woman who has lived from the beginning in the world as a woman, and who has not been accorded those privileges that men are.
And so I think there has to be — and this is not, of course, to say, I’m saying this with a certainty that transgender should be allowed to be. But I don’t think it’s a good thing to conflate everything into one. I don’t think it’s a good thing to talk about women’s issues being exactly the same as the issues of trans women, because I don’t think that’s true.
****I totally agree with her. You cannot identify yourself as a woman just because you transisted into someone that looks like a woman. You were born as a man. Transgenders have no idea what girls pass through as they grow into a woman. Transwomen are transwomen. Period!
at March 12, 2017