40 years old case: The unsolved murder of the girl scouts.

On July 13, 1977, three Girl Scouts were sexually assaulted and murdered at summer camp. Forty years later, the investigation remains open and the families of the victims still hope for answers. For the first time in nearly a decade, it is possible they may soon have new information in the case. The Oklahoma State Bureau of Investigation announced that it was awaiting the results of sophisticated DNA tests being done on the remaining evidence. It is the latest chapter in a case that has haunted the families who still mourn and investigators who refuse to give up the search for answers.

I'm sharing a tent with them.

I couldn't wait to write you. 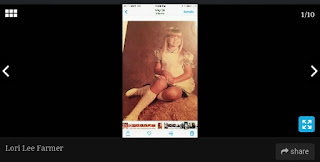 Tucked away in a small room of their midtown Tulsa home, Sheri Farmer reads aloud the letter from her daughter, Lori. The words from the daughter they lost, still bittersweet decades after she wrote them to her family.
"Forty years. That's amazing to hear that number," Sheri Farmer said. She and her husband, Dr. Bo Farmer, say four decades have barely dimmed the agony of the shattering phone call from Girl Scout leaders. Dr. Farmer was working in the emergency room at St. John when the call came in.

"Very matter of-factly that Lori had been found dead out behind her tent," Bo Farmer, MD, said. "And that was it."

Shattered by the news, a colleague drove Dr. Farmer home to tell his wife their beloved daughter was gone. No details were given.

"Did she get sick? Did she fall in the water?" Sheri Farmer wondered. "It was a long day of getting information but none of it came from the Girl Scouts."

Read the full statement from Girl Scouts of Eastern Oklahoma below:

The tragedy in 1977 that occurred at Camp Scott marked a point in our history of unspeakable pain for the families, girls, our council, its supporters and surrounding community. Our hearts continue go out to the families and Girl Scouts that were lost.

The safety of our girls is our highest priority. For obvious reasons, we do not disclose our comprehensive security plans. We are proud to have security measures that meet, and exceed, the required standards for American Camp Association (ACA) accreditation. In addition, the layout of our facilities contributes to the security of our girls and counselors. Girl Scouts of Eastern Oklahoma has arrangements with all emergency services in the area including, but not limited to the Fire Department, Oklahoma Highway Patrol, Sherriff, Tulsa Police Department and Tulsa Life Flight. Outdoor adventures are a integral part of the Girl Scout Leadership Experience and we are proud to be able to provide those year-round opportunities to the girls of eastern Oklahoma.

"Come to find out that before they made the call to me at the hospital that they had contacted their attorneys and that was the first two or three calls they made before they called me," Dr. Farmer said.

As the hours passed, they would discover that Lori and her new friends were bludgeoned in their tents while they slept on their first night at Camp Scott. Their bodies carried through the camp, past the counselors' tent, where they were molested, then left beneath a tree in the woods. Instead of celebrating Lori's ninth birthday during Father's Day weekend, the Farmers were planning a funeral.

The Mayes County Sheriff's office immediately contacted OSBI for assistance then the FBI joined the manhunt, too. During a news conference at the murder scene, Sid Wise, Mayes County District Attorney told reporters there were few leads and little evidence though one thing was clear, "We obviously know it's a person who doesn't belong to what we accept as the normal human race."

Oklahomans watched closely as the intense manhunt led authorities to Gene Leroy Hart. The convicted rapist and escapee from the Mayes County Jail would stand trial only to be later acquitted by the jury. Insisting on his innocence, Hart returned to jail to serve out his time on the prior rape conviction. Then, only days before the two year anniversary of the Girl Scout murders, Hart suffered a heart attack and died behind bars.

In a news release, OSBI officials said today: "Since the acquittal, the Girl Scouts murder case has remained open. In 40 years of forensic testing and running leads, no evidence has surfaced pointing to any other suspect." 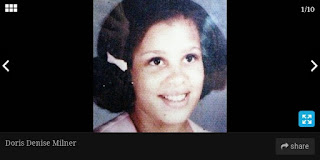 Read the full statement from OSBI below:

Forty years ago today, three young girl scouts were found sexually abused and murdered at Camp Scott near Locust Grove -- Lori Lee Farmer, 8; Michelle Guse, 9; and Denise Milner, 10. The Mayes County sheriff immediately called OSBI special agents to help work the case. Eventually, agents arrested Gene Leroy Hart. Hart had escaped from the Mayes County jail a few years earlier. He had been convicted of kidnapping and raping two pregnant women. He kidnapped them from Tulsa and took them to Mayes County where he grew up. In 1979, a Mayes County jury acquitted Hart of the three murders. However, he went back to prison to serve the remainder of the time on the kidnapping and sexual assault convictions. He died of a heart attack a few months later.

Since the acquittal, the girl scouts murder case has remained open. In 40 years of forensic testing and running leads, no evidence has surfaced pointing to any other suspect.

Elected in 2013, Mayes County Sheriff Mike Reed made it his mission to help resolve this case. In the past few years, hSheriffaised private donations to pay for expensive DNA testing that is so sensitive it cannot be performed at the OSBI Forensic Laboratory. Results are not yet available.

On this day, significant to so many Oklahomans, please think of the girls' families. They mourn the anniversary every day. 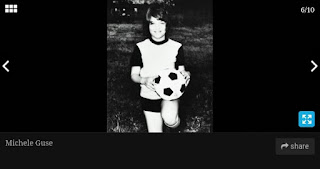 When DNA testing became available years later, authorities re-tested the evidence. The DNA test results pointed to Hart but were considered inconclusive. After years of experience in the field of medicine, and studying the case closely, Dr. Farmer said he is sure Hart was the culprit.

"It's not absolutely 100 percent because they were dealing with fragments of DNA," Dr. Farmer stated. "But when you look at it from an overall perspective the evidence is quite overwhelming. My only question is was he the only one? The things that were done that night, it's hard to believe that one person could do that."

The months following the murders, and the ensuing trial, proved to be agonizing for the Farmer family. Sheri said she would wake up in the  morning and pray for the strength to make her bed and care for her children for an hour and then another hour. For the first time, Sheri publicly admitted that she suffered panic attacks so severe, she became unable to drive with her children in the car.

"If I drove on 71st street and I had a panic attack, I wouldn't drive that street anymore," Sheri Farmer said. "And it always happened with the children when I didn't have another adult with me. I have never shared this but maybe there are people who are suffering because of a death and maybe they will think, 'Okay, if they can get 40 years, maybe they can, too."

Sheri Farmer would later take that feeling of helplessness and turn it into action. She and her husband founded the first Oklahoma chapter of Parents of Murdered Children which they led for 15 years. She travelled extensively to share Lori's story in the hopes that people would realize that vicious crime can happen to anyone. She earned state and national accolades with her campaign for the families of murder victims, testifying at the state capitol and speaking to law enforcement academies to help raise awareness of the families needs.

"I'm proud that Bo and I have walked this journey together and stayed together through all of that. I am proud of the work we did and I am proud of our children," Sheri Farmer said with tears in her eyes.

The loss of their first-born child proved to be difficult on their four other children, too. Sheri believes it may have been toughest on Misti, who shared a bedroom with Lori, and looked up to her big sister.

"I felt like I had to step into Lori's shoes and take care of them, too," Misti Shannon told 2 Works for You anchor Karen Larsen in her first television interview. She said her parents struggled with their grief but still managed to focus on her siblings and raise them to be be caring, productive and successful people. She thinks of her sister nearly every day and remains hopeful that the mystery of the murders will be solved.

"I have faith that there will be some answers," Misti Shannon said. "That somebody will come forward with something."

Growing up with the loss of a sibling, Misti admits that she became a bit overprotective of her own sons once she became a parent. The boys were not allowed to join Boy Scouts or attend summer camp.

"At the end of every conversation or phone call I always say I love you because you just never know," Misti added.

The Farmer family will tell you they were close back in 1977, but they are closer now. Only one child lives more than a mile away from their parents. Despite their terrible loss, Sheri wants her fellow Oklahomans to think of them as ordinary people; living a life filled with ups and downs, good and bad. Their faith has played an enormous role in easing their pain.

Through the years, they have kept little girl's treasures tucked away like their memories. Their lives shaped by the loss of the angel they will never forget, the Farmers will always wonder what their little girl, who was so bright she skipped second grade, would have accomplished in life. Indeed, the Farmers and their children speak out often about Lori's death in hopes someone, somewhere will finally come forward and share the lead that will close the case once and for all.