On Feb. 1, 1922, William Desmond Taylor was enjoying a rich, full life. The midde-aged man had achieved much of which he could be justly proud. In that silent film era, he was one of Hollywood’s most successful and respected directors. He had directed such acting greats as Mary Pickford, Dustin Farnum, Wallace Reid, and Mary Miles Minter. His notable films included Davy Crockett, Tom Sawyer, and Huckleberry Finn. He had recently directed The Green Temptation starring Bett Compson. Just prior to that, he had directed Anne of the Green Gables. Both motion pictures had been well received (perhaps green was a lucky color for him) so he could look forward to directing many more movies. 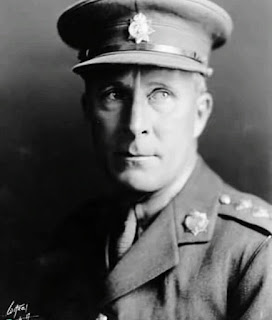 The director resided in a California neighborhood called West Lake Park, at the time a fashionable area. His home was in Alvarado Court, a collection of bungalows grouped in a U-shape around an elaborately landscaped garden. Each house was built along Spanish lines with white stucco and red tiled roofs. The occupants of Alvarado Court tended to be people in the movie business. Another director, Charles Maigne, lived right next door to Taylor. Acclaimed screen actors Agnes Ayres, Douglas MacLean, and Edna Purviance also lived in Alvarado Court.

Like any life, Taylor’s was not untroubled. In 1921, a man who worked for Taylor defrauded him and abused his trust. Taylor had been in England when plump Edward Sands, the director’s cook, valet, and secretary, wrecked Taylor’s car, forged checks for over $5,000, and stole jewels and clothes from his employer. Sands had not been caught. He appeared to have simply vanished before the director returned to America.

More recently, Taylor’s new valet and cook, Henry Peavey had gotten into some trouble unconnected with his job. Peavey had been arrested for vagrancy and indecent exposure, charges often made against homosexuals cruising for partners in those days. Taylor had put up bail for his beleaguered servant. The director had also promised the court that he would appear on Peavey’s behalf February 2.

Taylor was close to the actress Mabel Normand and, for good reason, deeply concerned about her. In some accounts of the case, Taylor and Normand were in love. In others, they were close friends who shared books and laughs. In either case, Normand, like so many people in Hollywood in the post-World War I era, had experimented with mood altering drugs. Unlike most, but like too many, she had become addicted. Taylor wanted to wean her away from her addiction.

Normand visited him on this particular night. She was there to pick up a book from the director. The book was a volume about German philosophy. The actress left Taylor’s home at about 7:45 PM. The director walked her to her car where he teased her about having a copy of the Police Gazette in the vehicle, a lowbrow magazine considered racy in its day. The philosophy book and the cheap, raunchy magazine certainly made for eclectic reading. Normand blew kisses at Taylor as he waved goodbye.

Shortly after he said good-bye to Normand, at around 8:00 PM that Feb. 1, Taylor was shot in the back inside his home. A single bullet killed him. Many people believe his killer slipped through the door that he had left open while he saw Normand off. The assassin simply waited for the director to return to the house, then ended his life with a single shot.

In the bungalow directly to the east of Taylor’s, Faith MacLean, wife of actor Douglas MacLean who had appeared in films directed by Taylor, was seated at her table and enjoying the last course of her evening meal. Her husband had finished his dinner and was upstairs playing cribbage. Suddenly she was startled by a sudden, explosive noise.

“Did that sound like a shot?” Mrs. MacLean asked her servant Christine Jewett.

“I think it was a shot,” Jewett answered.

Faith walked to her door and looked outside in the direction of the sound, to Taylor’s apartment. A stranger, who appeared to be a man in his late 20s, came onto the lighted doorway and their eyes met in the early evening’s darkness.

Then the calm stranger turned around and went back into Taylor’s house. A few minutes later he emerged and strolled out of the courtyard through the area between the MacLean and Taylor homes. Reassured by the stranger’s unhurried manner, MacLean assumed she had heard the backfiring of an automobile and thought no more of it – until the next morning.

At about 7:30 AM on February 2, Henry Peavey arrived at Taylor’s home to fix the director’s breakfast. He was carrying a bottle of milk of magnesia that his employer had requested. The valet bent down to pick up the morning newspaper from the doorstep. He had a key and when he opened the door, saw a sight that caused him to let loose with a blood-curdling scream.

The fully clothed body of William Desmond Taylor lay on his living room floor. A chair was astride one of his legs. In his pockets was a wallet with $78 in it, a silver cigarette case, an ivory toothpick, and a Waltham pocket watch. A two-carat diamond ring was on his finger. Above his hand he wore an item that had just come into vogue: the wristwatch.

Soon a crowd gathered around and someone phoned the police. But some people got there before the police did.

One of the many mysteries around the Taylor case concerns a man at the scene who identified himself as a doctor, but did not give his name. He told a police officer, Lieutenant Tom Ziegler, that he had examined the body and said that Taylor had died of natural causes, probably heart trouble. No one has ever found the supposed doctor or the reason he gave his unsolicited and wrong diagnosis. If he really was a physician, he was extraordinarily careless, since just turning the body over revealed that Taylor had been shot.