Dubbed the "people's princess" by then prime minister Tony Blair, Princess Diana died after a car crash in Paris on 31 August 1997 aged 36. Her death is still a mystery. 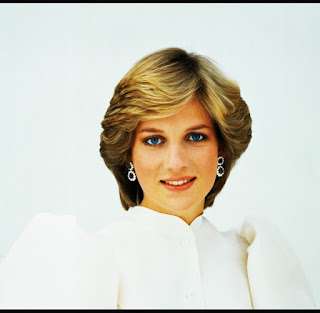 Today makes it 20 years she passed away. On Wednesday, her sons - Prince William and Prince Harry - visited the growing floral tributes being left to her at Kensington Palace. Harry told members of charities Diana supported, "all of us lost somebody".

The princes will be marking the anniversary in private, but other public services will take place across the UK - including at East London's Mildmay Mission Hospital, which the princess regularly visited when it was a hospice caring for HIV patients.

Former members of her staff will share their memories of her. 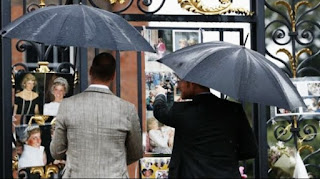 Above picture: Princes William and Harry visited tributes at the gates of Kensington Palace.

Members of the public have been visiting Kensington Palace, where Diana had lived for more than 15 years during her marriage to Prince Charles and after their divorce.

I was still little when she died, but I knew she was loved by many. May her beautiful and kind soul continue to rest in perfect peace. Amen!
at August 31, 2017