11 signs You May Have Alcohol Use Disorder, and When You Should Seek Help

The level of severity of alcohol use disorder depends on how many symtoms you have. 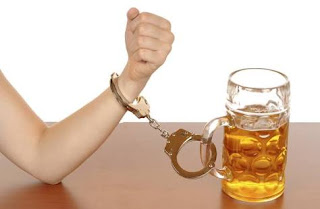 1. Drinking more or longer than you intended.


2. Trying to cut back or stop drinking more than once but couldn't.

3. Spent a lot of time drinking, being sick from drinking, or getting over other aftereffects.

4. Wanted a drink so badly you couldn't think of anything else.

5. Found that drinking (or being sick from drinking) often interfered with taking care of your home or family, caused job troubles, or school problems.

6. Continued to drink even though it was causing you trouble with family and friends.

7. Given up or cut back on activities that were important or interesting to you in order to drink.

8. More than once gotten into situations while or after drinking that increased your chances of being hurt, such as driving, swimming, using machinery, walking in a dangerous area, or having unsafe sex.

9. Continued to drink even though it was making you feel depressed or anxious or adding to another health problem, or after having a memory blackout.

10. Had to drink much more than you once did to get the effect you want, or found that your usual number of drinks had much less effect than before.

11. Found that when the effects of alcohol were wearing off, you had withdrawal symptoms, such as trouble sleeping, shakiness, restlessness, nausea, sweating, a racing heart, or a seizure, or seeding things that were not there.