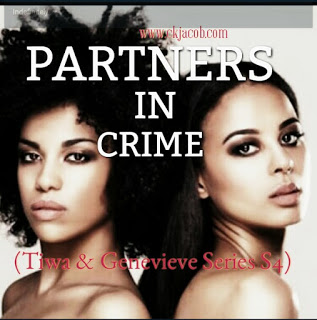 Episode 6 Title: A way out

**********
Genevieve and Tiwa returned to the bureau to see for themselves. There was nothing in the flash. Genevieve decided to go and see Peter to tell him. She took a taxi there.
“Fred Adebayo was maneuvered. The person he worked with fucking betrayed him.”
“That is it. I have told barrister Kemi about it.”
“You have to go to that party. Ask questions.”
“I will. You can trust me on that.”
“Why didn’t Tiwa follow you?”
“Her doctor advised her to rest.”
“She needs it. Send my regards to her. I am fucking grateful to both of you.”
“I will let her know.” She said. “Have you see Skeleton?”
“I saw him when the head of warden addressed all the prisoners in the morning. He wasn’t looking good at all. I will try to talk to him tomorrow. We will be given tasks.”
“I hope they won’t tell you to cut grass.”
“It’s better than washing plates.”
“Are you fucking kidding me?” Genevieve asked in a surprised tone.
“I’m not fucking kidding you. The prisoners here are many.”
“Now I understand. How have you been coping? You haven’t lost weight.”
“My sister has been bringing food to me. She has to tip the officers at the counter before they can give me the food if not I would have died. I can’t fucking eat their food here. If the soup or stew is not watery, there won’t be chicken or turkey.”
Genevieve started to laugh. 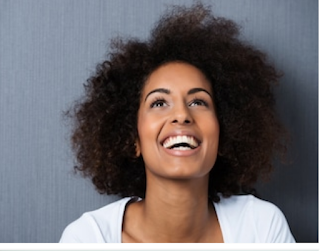 Peter gazed at her dazed. “What’s fucking funny?”
Genevieve looked into his eyes. “Peter Harold, you will never stop to amaze me.”
*******
In the evening, Tiwa tried to reach the doctor. She was pacing around the living room. This time, his phone rang and he answered.
“Hello.”
“Thank God!” Tiwa said. “Doctor Timi, I have been trying to reach you. Your brother gave me your number.”
“That is why I turned on my phone. Jim sent me an email and told me about you. Any problem?”
“No problem at all. I am calling to ask for a favor. I need to know the result of an autopsy concerning a murdered victim.”
“I am unaware about that. I have not been around.”
“I know doc. I really need your help. It could save an innocent man from going to jail.”
“Even if I know about it, it is unethical to tell you.”
“I know. I promise I won’t mention your name. I need an authentic report of the result.”
“Do you think there will be an inaccurate one?”
“It is possible.”
“I have to think about it detective.” Timi said in a worried tone.
“I understand.”
“Even if I say yes, you will have to wait for me to return next week. I can’t tell anyone at the hospital to check for me. I don’t know who to trust.”
“You are right,” Tiwa said. “Please get back to me when you think about it.”
“I will.”
She ended the call and went to rest. 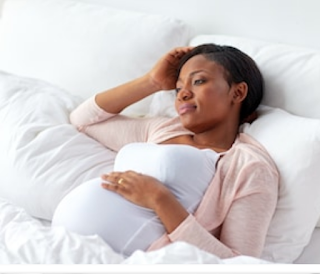 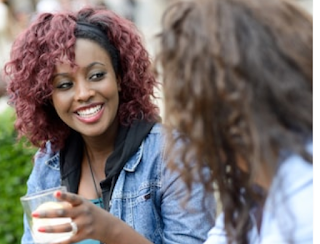 “You need to have seen him. At first he thought I was flirting with him.”
“Why are some men like that? Well, I am glad you got something.”
After they chatted on what to do, they went for lunch and came back to the office. Tiwa placed a call to Leroy’s office. Two minutes later, Leroy knocked on the door and entered.
“Detective Tiwa, you said I should come.” Leroy said to her.
“Yes. Genevieve and I concluded you will the best detective to monitor someone. We would have asked officer Lanre to do it but he has been following us around. We want you to follow a man named Osi but we don’t have his picture for now. If we need his picture we have to go to Mirabel’s place.”
“Why can’t we check social media? Do you know his surname?”
“No.”
“I will call Mirabel and ask.” Genevieve suggested.
“Okay.”
She called Mirabel and she told her his surname. She thanked her and cut the call. “His name is Osi Sunday.”
“I will tell Idara to check.” Leroy told her.
“There might be several Osi Sunday on Facebook or Twitter. Please let me know when he does so that I can point him to you.”
“I will.”
Idara checked Facebook and saw three people bearing the same name. Genevieve pointed at the real Osi and Idara printed out his picture. Genevieve told Leroy the name of the company where he worked. Leroy planned to start following him the next day. He would go and wait outside the company during closing hours.
The following day, Kemi, Genevieve and Tiwa visited Peter and told him everything that happened. Leroy drove to Larry’s company. At 5:32pm, he saw Osi driving out. He looked at the photo more time just to be sure it was Osi, Leroy carefully traced him to his residence.
Before the trial began, Tiwa spoke with Doctor Timi. He was not yet back but he assured Tiwa he would do his best to help her. On the first day in court, Kemi went very early to the station to check on Peter. When she saw Peter, she was shocked. He had a swollen eye and there was a cut on his upper lip.
“What happened to you?”
“I did this on purpose.” He said as he groaned faintly in pain.
“What! How?”
“I planned with Skeleton. I told him to lie when he is in the cell with his cellmates.”
“To lie about what?”
“That he heard me planning to deal with an officer when I get out of here. One of his cell mates told the officer and he beat me up.”
“What! What did you do that for?”
“For my bail to be easy,” Peter explained. “I am supposed to fucking sue! You have to tell the judge that my life is in danger. I am not safe here.”
“It’s a good plan but you could have gotten yourself killed.”
“Well, I fucking did not.”
Kemi gave him an uncertain look and shook her head pitifully.
In the afternoon when Kemi arrived at the court, she saw the detectives and told them not to freak out when they saw Peter. She told them what he had done.
“Peter is a fucking idiot.” Genevieve said.
“I can’t believe he did such a thing to himself.” Tiwa asked Kemi. “Do you think it will work?”
“It is likely to work.”
“I hope it would.”
They went inside. Peter’s siblings, Osi, Henry, Mirabel, father of Fred and inspector Kesmond were there. Genevieve saw Cynthia’s bodyguard sitting alone. An officer brought Peter in handcuffs, and everyone stared at his face. The cuffs were taken off him and he sat beside Kemi. When Judge Ofili walked in; everybody stood up. He sat down and they did the same.
“Now, let’s proceed.” Ofili stated.
Kemi quickly stood up. “Your honor, I will like to ask for a request before we begin.
“What is it?”
“The defendant was badly beaten in prison. His life is at stake. Peter Harold has not been convicted for murder. He wants to go home. He is not a criminal, he doesn’t have a criminal record and he is been treated as one. I want you to grant him bail.”
The jury looked at the judge’s direction.
He spoke. “Peter Harold was declared wanted before he was caught. Don’t you think a wanted man is dangerous to the society?”
“If he is dangerous, he would have killed someone.”
“Have you forgotten why he is here? He killed…”
“Allegedly killed, your honor.” She corrected him.
He sneered. “Don’t ever interrupt me.”
“I am sorry your honor.”
He heaved a sigh and glared at Peter before looking back at Kemi. “He is granted bail of fifty million naira.” The judge hit the gravel.
“What!” Kemi exclaimed. “Peter Harold is not a politician.”
Peter’s eyes widened. His siblings were speechless. Tiwa and Genevieve stared at each other stunned. Barrister Cynthia smiled. The jury and the people in court were surprised too.
“It is way too high your honor.” Kemi said to him. “The defendant can’t afford that kind of money.”
“That is final barrister Kemi.” Judge Ofili looked at Cynthia. “Can the persecutor start now?”
Cynthia stood upright. “Yes your honor.”
Kemi sat down and felt disgruntled and muddled. She glanced at Peter. He was obviously boiling in anger. He gestured closer and she could feel him breathing hard.
“If I manage to get out of this mess, judge Ofili is the first person I will fucking slit his throat. He deserves to die.”
Kemi knew he didn’t mean it. Peter was only furious and he deserved to be. The only way to set Peter free was proof he wasn’t the one that pulled the trigger.  Only evidence could make Peter Harold a free man again.
*******
To be continued….