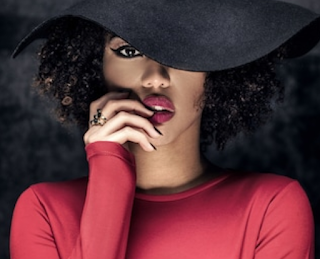 Marcus Dotun said after a brief silence between them. “I don’t understand you, Miss King. What do you mean you don’t have a father?”

“I never knew him. I will explain at the right time.”

“Okay,” he said to her. “Tell me about your siblings.”

Olivia took a deep breath, exhaled and looked straight into his curious eyes. Olivia was ready to talk. She knew her story was deep. If he listened thoughtfully, he would understand why she came back to the country for a purpose.

“Take your time,” he said. “I am ready when you are ready to talk.”

“The twins, Naomi and Nelly should be forty-three years old by now, while Nelson is forty-one. They are probably married with children.”

“You didn’t find things about them before you travelled?”

“No. I intend to when I am ready to retaliate.”

“Your mission is about revenge.”

“Tell me what happened.”

“I will. I knew Naomi never really liked me but I loved her. I was even ready to share my monthly allowance with her.”

“Did you ever share your monthly allowance with her?”

“Of course. When my mother found out about it, she didn’t tell me to stop. She knew I won’t listen to her. I also helped Naomi with her house chores. My sister never appreciated it. I loved her, I felt there will a time that she will love me too. Our relationship became worse when I entered the university at the age of fifteen to study Business Administration, although, I looked matured than my age.”

“Naomi should be twenty-three years during that period. Was she still in school?”

“Yes. Three hundred level, the same department. Some of her male course mates wanted to date me. She advised me to go ahead. I refused. I only wanted to study. She said I was acting too big and that I would regret my actions later. Naomi criticized everything I wore or did. When my 100level result came out, my mom surprised me with a car. The same year she bought Naomi hers.”

“That means Nelly and Nelson had a car already.”

“Yes. They deserved it. They were doing well with their studies. Nelly was in his final year, Nelson, the same year with Naomi. My brothers were studying accounting. I had a driver to myself. I didn’t drive my car until I turned eighteen.”

“It seems things were not working out for Naomi.”

“Not really but I never judged her. I advised her to put more effort into her studies instead of dating men and partying all the time.”

“Did you tell your mom about the men and the partying?”\

“Never. I wouldn’t do that to her. I told Nelly but I received a slap.”
Olivia could see the surprise in her therapist’s face. She was surprised on that day too.

“He said I should mind my own business. Everyone is entitled to live whatever lifestyle they want.”

“I am certain you didn’t tell your mother about the slap.”

“No way! The twins would gang up against me. They won’t talk to me for months. I didn’t want that. I loved my siblings. I was ready to do anything for them.”

“But they were not ready to do anything for you.”

“He was a bully. Despite he had good looks, he was very proud. He looked down on people and because of him, I didn’t invite my friends to our home. They were not as rich as my family. He dated women above his age. I wasn’t close to him at all.”

“Tell me about Nelson.”

Olivia smiled. She remembered the good times spent with him. “He was calm, quite nice and reserved. He always minded his business. He didn’t want to interfere whenever the twins and I had a misunderstanding. A few times, he saved me from the claws of the twins.”

“Your relationship with Nelson was good.”

“It was quite good. Well, he could be self-possessed but he was better. Among the three of them, he was the first person to congratulate me when I gained admission. On my seventeenth birthday, he took me out to eat and watch a movie. He bought me a lovely dress.”

She didn’t even know a huge smile plastered on my face until Mr. Marcus spoke to her. 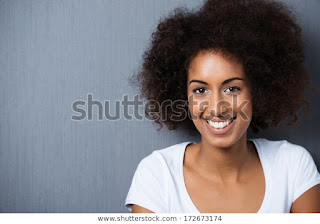 “You are happy talking about him. Do you miss him?”

“Yes. I want to see him again but I am still thinking of how to do it. I don’t want anything to destruct my plans.”

“What are the likes and dislikes they know about you?”

“They know I like helping people, no matter their background. I love good food, cooking is one of my hobbies. I enjoyed doing that with my mom. I like peanut a lot. I mostly have one in my bag. I love to travel and I love to watch wrestling too. Randy Orton is my favorite wrestler.” She giggled for a moment and then the cheerfulness vanished from her face. “My siblings know I don’t like gossiping, fighting, and especially swimming.”

“You are scared of water. Aquaphobia.”

“Yes. I don’t like going to the beach, lake or a swimming pool. When I was ten years old, I nearly drown. I would have lost my life that day. I felt someone pushed me but when I regained consciousness, I couldn’t recall the person who did it. Nelson told me I fell, but I didn’t think so. When I thought about it and couldn’t remember, I assumed he was saying the truth. He couldn’t have lied to me, or maybe he was trying to cover up for Naomi.”

“You think she was the one that pushed you?”

Olivia cleared her throat, thinking of what to say. “Maybe. Nelly was the one that brought me out of the pool that day. He saved me.”

“Were you surprised about Nelly’s act?”

“I don’t know. Maybe he saved me because our mother was in the house that day. I don’t know what to think. I can’t remember what happened that day.”

Marcus jotted. After he wrote on his note, he leaned back to rest on his lounge, his inquiring eyes on her. “I believe I know enough about your siblings. Miss Olivia King, tell me why you are resentful now?”

“Resentful?” she chuckled lightly. “I am offended. I am furious. I want retribution.”

“I graduated at the age of eighteen. I went to serve and at that time, my siblings were in charge of some of my mother’s businesses. The company was off-limit. She said she wanted to appoint all of us at the same time.”

“She wanted to employ the four of you in the company at the same time?”

“Yes. The Empire Manufacturing Company produces different products. They deal on cement, foodstuff and even detergent.”

“I don’t live here but I have heard of it. We have empire sugar, milk, and noodle in the house.”

“That’s nice. The company is still doing well, I guess. After I returned from my youth service, a week later on my nineteenth birthday, my mother called me to her room. She…”

He cut her short.

“I’m sorry to interrupt you, were your siblings still living with her?”
“Yes. They were doing well, although she complained about Naomi's extravagant lifestyle. My mom told me to sit down and listen carefully. I did. In her words…

In the elaborate bedroom of Elena Badmus, she said to her child. “Sade Olivia Badmus, I know you are going to be an incredible woman. You are like me. You love to see people around you happy. You trust people and your heart is large. I am very proud of you my daughter.”

“I know you are old enough to understand what I am about to tell you. I know you will never change. You know I am a very wealthy woman and finding love has been difficult. I don’t know who truly loves me and that is why I made a decision many years ago never to marry. You have asked about your father, and I told you he denied your pregnancy, it is not true, Sade.”

Olivia appeared confused, “Mom, I don’t understand. Are you saying my father is alive?”

“Before you were born, I was unable to conceive in my past relationship. When I was thirty-seven, my best friend and her husband died in a plane crash leaving their three children to no one to provide and care for them. I adopted them and changed their surname to Badmus.”

She looked at her mother in shock. Words failed to spill out from her lips. She touched her gently. 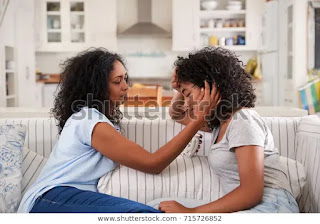 “Sade, you need to say something.”

“Mom, what do you want me to say? Nelson, Naomi, and Nelly are adopted. Am I adopted too?”

“No. I had a night one stand in a hotel and got pregnant. It was a miracle. It happened six months after I officially adopted them. The twins were seven and Nelson was five. I went to the hotel to look for the man but the manager said he left. I heard he was a friend to the owner of the place.”

“I don’t know. I told him mine. I only described him.”

She stayed silent briefly before speaking. “Do they know they are adopted?”

“Yes but I promise to love them like my children. We swore we will never talk about it and you will promise me too.”

“I don’t think I have a choice to talk about it.”

"I don't want you to change towards them."

“Do you promise me you won’t talk about it?”

She didn’t waste time to say it. “I promise.”

“I know you love them.” Elena Badmus, my mom said to me.

Then it became obvious to Olivia why they were hostile to her, why they didn’t love her as she did. They were perhaps jealous, envious because she was the only biological child of Elena Badmus.”

BACK TO PRESENT:
“Unbelievable!” Marcus Dotun exclaimed in shock. “They were adopted?”

Yes.” Olivia smiled faintly. “They are not related to me by blood. They are aware of my reputation. I am my mother’s daughter.”