Clitoris is a female sex organ. In humans, the visible portion – the glans – is at the front junction of the labia minora (inner lips), above the opening of the urethra. The Oxford English dictionary states that the word clitoris likely has its origin in the Ancient Greek κλειτορίς, kleitoris, perhaps derived from the verb κλείειν, kleiein, "to shut". Clitoris is also from the Greek word. 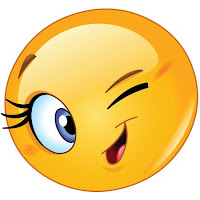 1. The clitoris is designed to bring a woman pleasure. That is its main purpose. Not reproduction.

2. The clitoris is only partially visible to the naked eye. The clitoris is actually close to four inches in length (like the average non-erect penis), but three-fourths of its hidden from view within a female’s body.

3. Fifty to seventy five percent of women who have climaxes (orgasms) need to have their clitoral stimulation). Do you know most women are unable to have an orgasm through intercourse alone?

4. The clitoris grows throughout a woman’s life. After menopause, the clitoris can become 2.5 times larger than it was when the same woman was a teenager.

5. There are all kinds of orgasms. Vaginal, G spot and Cervical orgasms do exist, but they are much harder for most women to achieve than a clitoral orgasm. Very few women are able to achieve an orgasm without any kind of clitoral involvement.

6. The clitoris varies in size and shape on different women.

7. People have nicknames for clitoris. Some call it ‘man in canoe’, ‘joy buzzer’, ‘cherry pit’, ‘love button’, ‘rosebud’, just to mention a few.

8. The clitoris contains 8,000 deliciously sensitive nerve endings, double the nerve endings in the glans of a penis.
at April 23, 2020