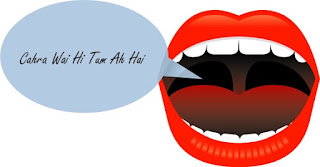 Mark 16:17 says, which records the instructions of Christ to the apostles, including his description that ''they will speak with new tongues" as a sign that would follow "them that believe" in him.

I'm not a pastor so don't expect me to elaborate. For me, I really don't understand if speaking in tongues will make us born again or closer to God or be filled with the Holy Spirit. Some pastors believe Christians should speak in tongues as evidence of receiving the baptism of the Holy Spirit. But what do you believe?

Let me share you my personal true life experience. (No joke)

When I was in my junior year in school,  a very popular church (name withheld) members came to my school to preach and teach us, students how to speak in tongues. I won't lie, I was surprised.

Do they really teach people how to speak in tongues?

Well, after preaching, one of the young pastors who preached, Informed us that whosoever was interested should come forward. Young and curious as I was, I motioned towards him with some students. One of the members, a lady gripped my head, told me to pray and have faith that I was going to be able to speak in tongues. I began to pray like the good Christian that I was and the lady was also praying in a language I could not understand.

She was chanting and later said to me, "Believe and you'll speak in tongues, have faith and you will. Receive  it, receive it, it's coming. You'll soon be speaking In tongues."

Nothing came out o! Who send me!

After some minutes I was fed up with everything but I couldn't tell her. My head was aching me with her two hands fixed on my head. Then an idea sprung up. I started to speak anything, crap from my mouth so that I could be free from her bondage. May God forgive me for that. I was young and naive.

The lady said to me, 'You can speak in tongues now. The Holy Spirit is in you now. Praise the Lord.'

And I replied joyfully, 'Hallelujah!' I was free at last. If you had seen the way I was happy, you would think I won a lottery. I was overjoyed that I was able to release myself from her wings.

Ever since that day, I never believed in speaking in tougues but I believe in Miracles. Do you?

Email ThisBlogThis!Share to TwitterShare to FacebookShare to Pinterest
Labels: Lifestyle