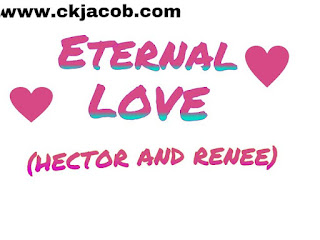 For episode 1 click here
(HECTOR)
I was already getting impatient that my mother had refused to discuss what she wanted just because Hope was still around. I glanced at the wall clock, it was 8:20pm and I began to boil down inside my belly. Hope, my mother and I, discussed about the political propaganda and Boko Haram crisis happening in the country. As for Hilary she did not dare join us, she told our mother that she had a running stomach and needed to visit the loo and go rest but I knew it was all lies. I knew after I revealed her secret she would avoid my presence and not look me in the eyes and that might be for days or even weeks. Our cook, Mrs. Bola served Hilary her dinner in her room, including my dad. The three of us was served dinner at the dining table and I ate a little. I got a text from Felix asking me where the fuck I was? I texted back letting him know that the queen of the damned detained me but I will, must club with them tonight that nothing was going to stop me from having a nice time.

Hope phone rang and it was her husband calling, asking when she was coming home and of course, she rose on her feet letting us know that her husband needed her. Certainty he had the right to be with her because I no longer need her in the house anymore. She was delaying me from going out. Hope went to bid goodbye to our father and the wicked princess in their bedrooms. She came back to us and gave our mother and me a warm hug.

"I will miss you too big sis." I told her and we hugged again. I must say the truth I was definitely going to miss her, no joke. If it was the little demon, I will not have missed a single thing about her. She is a pest! Mom sat back and I escorted Hope outside the compound to her car, she got in and drove away. As I entered, I saw my mother seated at the veranda of the entrance door. All I had to do was join her at her favorite spot in the house. They were flowers decorated by different kinds. When she needed to discuss or have a quiet time, it was her best spot.

With the little I know of her past, my beautiful mother was a successful model at the age of twenty. She had many endorsements and her face was all over billboards. She was on top of the world. She met so many men that were ready to give her anything and she dated top politicians and actors at that time. On her twenty fourth birthday she met my dad. He was not a handsome man but she knew she loved him the moment her eyes saw him.
She took everyone by surprise when she married my dad after a month she met him and as a rich man my mother stopped her modeling dream, helped managed the home and began to have children after four years of marriage. They named their first child Hope because it gave them hope of having more children in the future. After two years, they had little cute me. I sat closed to her and I was ready to listen to whatever she had to say.
"Ebuka." she called my native name then I knew there was mountain on fire. The last time she called me that name was a year ago. I received a slap that day because I had gone out with my friends. I came back very late, drunk for the first time in my life. My mother was waiting for me at the living room. She asked me where I was coming from and as I was able to answer, I mistakenly and unintentionally puked on her. That was when she called my name and hit my smooth face. Now that we are about to discuss something, I knew I had not done anything wrong but I was going to try as much as possible not to collect another one again from her again.

"Yes mum." I answered her politely.
"When are you getting married?"

I stared at her in shock. What she asked me was a very difficult question, in fact a bombshell. The fact that I proposed to Melissa six months ago does not mean I was ready. The last time I spoke to my fiancée about it was for us to wait for another five months so I could prepare myself for the big day but to say the truth I have never thought about it because I lied.
"Very soon mum." I replied. That was all I could think of to tell her.
She looked into my eyes. I could see lightening in her beautiful eyes. "If you don't want to see the other side of me that you hate, you better tell me when exactly."
I didn't hate the other side of her, I hated all sides but I loved her because she was my mother.
"I am waiting for an answer Ebuka," she said angrily. "In fact what is your problem? You engaged Melissa months ago, close to a year now, I asked you when you are getting married and all you could say with your big mouth is soon. I want you to be specific and tell me exactly when is it so I can start to prepare.
I swallowed a mighty lump in my throat. I had no idea of what to tell her. "Melissa and I will discuss about the date when we see next. Nevertheless, in two months’ time I should be a married man."
"Are you sure about that?"
I gave her a nod. I wasn't sure, not now, tomorrow or forever!
She smiled. "Ebuka."
Not again. What was she going to ask of me this time? "Yes mum."
"I know what you are doing." she said in a harsh tone and I wondered why? I searched my mind thoroughly and nothing crossed my mind. I have done nothing.
"Mum I don't understand." I said.
"I know about your open relationship."
I was dazed. I was in tremendous shock. How dare Hilary? Did she grow wings and became a witch overnight to betray me? Well my mum and Hilary are birds of the same feather and they always support each other so why am I even surprise. I know now, Hilary is a traitor.
"I guess you must be wondering how I knew about it?" she said.
I lowered down my head to avoid looking her in the eyes. "Who told you mum?"
"It was Michael."
I uplifted my head in surprise. "Huh? Michael told you?"
"Yes." she replied. "Michael loves you very much and that's why he told me. The lifestyle you choose for yourself is dangerous and unhealthy. How can Melissa agree to such nonsense? I don’t blame her because she does not want to lose you but you have to stop it. Don’t take advantage over her and I thought you loved her enough not to cheat on her. I want you to detest from jumping from one woman to another. Don't you know you can be affected with HIV?"

I could never have such a poisonous disease. I always use protection. I have never done it raw and I only intend to when I get married to Melissa because she was going to be my wife.
She continued to talk. "I don't want you to quarrel with Michael anytime you see each other. I want you to change, to be a better man and promise me you will."
I forged a smile. "I will change mother and I will be a better man. I promise you."
My mother grinned. "Good." she said and rose on her feet. "I should join your father in the bedroom, goodnight Hector."
I glared at her face and smiled genuinely because she called me by my English name. We were back to normal.

"Goodnight mom." I watched her turn to the direction of the entrance of the living room. I didn't want to reveal to my mother how I was steaming inside. Michael had crossed the line. He knew about my escapades because he was my right hand man, my cousin. I didn't have the time to think about what to do with him. I have to drive away and meet my friends. Nothing on earth was going to stop me from getting a booty call.