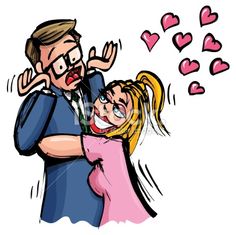 Eternal love (Hector&Renee) next episode will be posted tomorrow evening. THANKS!

My friend Cynthia kept grinning as she pressed her blackberry phone. I thought she was probably chatting with one of her numerous married boyfriends. I stood and stared at Cynthia without her noticing me of my glare. I quickly glanced at my wristwatch. It was 1:30pm. We both had lectures together but she seems unprepared to step out from the self-contain room we both shared. She was wearing a black bump short and a yellow tan top.
“Are you not going to class again madam pinging?” I, Chioma asked her.
“I pray oh! She uttered. “Class ke? The lecture can wait.”

“You know we might be giving test according to what the lecturer said the last time in class. I am already dressed but I can still wait for you to do the same but be fast about it.”
She looked over at my face. “I won’t blame you for saying all these, it’s because you have no idea who I am chatting with.”
“Of course I know, it’s must be one of your sugar daddies.”
“Sugar daddies?” she asked and hissed at me. “I have sacked all of them. I have someone, a bank manager I have been dating for the past three months.”
I was stunned because I had no clue about it. “Why wasn’t I told about it?”
“It is because you will criticize the relationship.”
“Why should I do that?” I asked. “It’s a good thing you are no longer dating married men. At last you have a man of your own.”
“Who told you he’s not a married man?”
I widened my eyes.
She continued to talk. “My boyfriend is married and we will get married soon.”
What is that supposed to mean? You want to be a second wife?”
Cynthia pointed a finger at her chest. “I can never be a second wife, God forbid! He’s leaving his wife.”
He’s leaving his wife?” I asked completely aback.
Yes.” she replied. “He has sent her parking already and they will get divorced soon.”
“Does he have children?”
“Chioma! You ask plenty questions. Have you become a detective?”
I smiled at her joke. “No, just answer me.”
She eyed me. “He has three boys.”
“What does his wife do for a living?”
Cynthia eyed me again. “She’s a lawyer.”
“Have you ever been to his house?”
She shook her head. “I know where he lives but I’ve never been there. He will invite me over after the divorce is concluded.”
I laughed hard at her stupidity. Tears came out from my eyes as I rolled over on the bed.
She looked at me stunned! “Did I say anything funny?”
I stopped laughing and sat well on the bed. “How can you believe he will leave his three children, his barrister wife and marry an undergraduate? What can you offer him in marriage?”
“Mstchhheeew, my body of course.”
“Your body?” I asked. “What does his wife have? Stick abi? Because you carried Olumo rock on your chest, you think that can offer him anything? These days’ men do not want a liability for a wife.”
She got angry and slapped my hand. “Why won’t he leave his wife? They don’t love each other anymore.”
“Do you live with them?” I asked her. “How can you be so sure he’s saying the truth?”
“Kunle can never lie to me. Just leave me alone Chioma and go to class.”
“Are you not going to class?”
“No!” she shouted. I quickly carried my bag and went to class. Luckily for Cynthia, the test was cancelled. We finished the lecture by 4pm and after that, I went to a nearby market to buy some foodstuffs. I went back to the room in the hostel, but Cynthia was not in. I went to the kitchen to prepare white rice and fish stew. At 6:15pm, I was through with my cooking. I served myself and went inside the room. As I was about to put a spoon of rice inside my hungry mouth, Linda burst the door opened. I saw her face covered with tears, her eyes red, her blouse torn, I could see a visible red mark on her left arm. I put down my food.
“What happened?” I asked her curiously. “Did you have a bike accident?”
“God will punish Kunle, he will never know peace, it will not be well with him.”
I opened my mouth. “Ahh! I thought he’s the love of your life?”
She hissed out and wiped her face. She stopped to cry. “I was angry at what you said earlier today about Kunle deceiving me. I wanted to prove you wrong.”
“What did you do?”
“I went to his house.”
I looked at her shocked. “You went to a married man’s matrimonial home to do what?”
“I went there to check if his wife still lives with him and I found her there.”
“Are you serious?” I asked her and sat by her side. “Did she see you?”
“Of course,” she replied me. “I confronted her but she laughed at me. Kunle came in from work and instead of him to support me, he beat me up and threatened to arrest me if I ever contact him or come close to his family again. I am finished Chioma! What will I do?”
I rose on my feet. “Really? You want me to advice you?”
She nodded and began to cry again.

“Cynthia focus on your education, don’t always rely on men. Don’t you think it’s best you bury your wayward lifestyle? Your true love will find you at the right time. Just be patient.”
“Is that what you will say to me?”
“What do you think I would have told you? Kunle will never leave his family for you. Marriage is not all about sex like the way you think. Patience, commitment, understanding, friendship also matters. It is also not a bed of roses my dear. I never knew I had a dull friend. It’s impossible for him to marry you except in your dreams.” I turned my back at her to go eat. Cynthia stared at me speechless!
The end.