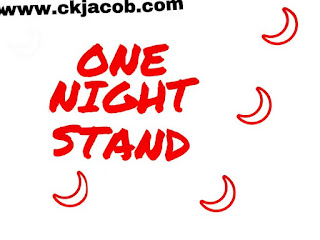 “Not again!” I, Stella spat out at the sight of the female underwear I found inside my fiance suit jacket. “This isn’t mine!”

I shut my eyes and took a deep breath with the panties clutched in my right hand.

“If loving you is a crime I will kill you tonight.”

Terry and I have been dating for the past three years and we are parents to a two-year-old kid living with my mother. After the birth of our only child, sex has been boring and unexciting. Tonight I had planned to surprise him with a hot steamy fuck because it was his birthday. I arrived home early from work to tidy up the bedroom when I noticed his jacket under the bed. I searched inside if any important piece was inside before throwing it into the laundry basket. To my astonishment, I found the unthinkable.

I opened my eyes and fire sparked out.

I threw the underwear on the bed, removed my clothes and my engagement ring. I dashed into the bathroom for a warm bath to caress me. What I had in mind was no longer a stab to his abdomen but revenge on him. I have been loyal but I am done! I rejected countless hot men just because I wanted to be faithful to a reckless cheating asshole. This time, I am ready to give my whole body to the nearest available hunk I meet tonight. I got out of the shower and cleaned my body. I dressed into a short tight gown reaching below my knee and it revealed an irresistible cleavage with my boobs pumping out without my nipple showing. I was ready for a night one stand, a stranger for an unholy fuck. I grabbed my car key from my table in the bedroom and drove to a bar.

I sat down alone and ordered for a particular brand of whiskey. After being served and drank two glasses, I noticed a good looking man with a muscular body staring at me lustfully. He had a fine face.

His gaze caressed my body and I could not stop smiling. I alerted the bar man to fill up my glass cup with another brand of whiskey.

I was high. I wanted to get very high.

I stood up and motioned to meet the dude. I was not ashamed of what I wanted tonight. Being high on alcohol made me bold!

“I want a hot fuck tonight.” I whispered into his left ear.

He didn’t stare at me surprised. “Am I your rebound guy?” he asked.

I dragged him by his hand outside the bar, I led him into my car, and we drove off without saying a word to each other. He only gazed at me with his sexy eyes. We arrived at a nearby motel and lodged into a room.

“Since you are not interested in knowing my name,” he said as we entered and I locked the door with a key. “I will give you a steaming fired up fucking you have never had before. You will not forget me in a hurry. Go on your knees.”

“I said go on your knees and bring out my dick.” His voice sounded fascinating.

I went down on my knees like a respectful servant, grinned and peered into his eyes.

“What are you waiting for?” he asked in an angry tone. It was sensual to me.

I unzipped his trouser and took out a thick fat hardy cock. I gave him an eye and back at my feast. I opened my hungry mouth and guzzled his manhood inside and I began to suck him diligently. I kissed his shaft gradually, enjoying the moment. I sucked him wholly and tasted him. He groaned as his cock mesmerized into my mouth. I explored his dick by sucking it as if my life depended on it.

He raised me up after the exploration and crashed his lips against mine, biting my lower lip serenely. His wet tongue plunged inside my mouth. He wrapped his arms around my body and removed his lips from mine. He peered into my eyes and removed my gown and pantie nonviolently. He pushed me to the bed with my naked body caressing the bed.

He laughed, undressed himself, took out a condom from his trouser and wore it. He came towards me, and kissed my belly. His hands ran up my breasts and gave me a desirable look I adored. He stroked my boobs and I gasped. He lips went from my belly and began to suck my nipple in a way no one has. He used his rainy tongue and teeth at the same time. My body shuddered at the sensation I felt. He went down to my pussy and played with my clitoris before he dipped a finger into it. He fucked me with it and later removed it and licked his hand. What he did sent waves into me.

He came on top of me and my wet pussy accommodated his massive dick as he slid into me. The feeling I felt was sensational and freaking awesome. He pounded me with intense force and the pleasurable pain I sensed rocked my body.

His eyes gave me a shot. “Do you want me to stop?”

I did want him to stop but move faster! “No.”

He increased his speed and hit me more and I screamed out of passion for having a gratifying fuck with a man I do not know. My mind went to my fiance and I did not feel guilt but pleasure. He slid out his dick and turned me. He positioned me in a doggy style. Without holding back, he rammed into me again, fucking the hell out of me and hitting my buttocks with his right hand. I became extremely wet with the cock banging inside me. I closed my eyes as I felt my body shiver. As he slammed me unbreakable over and over again, I sensed a burst of hot cum inside me.

I climaxed a few seconds after him and he hugged my body, holding me tight. It was a great feeling with him. All I did was rest a little, walked to the bathroom for a quick shower, dressed and informed him I was going for a drink at the bar. He told me he was going to join me in few minutes but he did not he was never going to see me again. I left the room, walked to my car, and drove away.