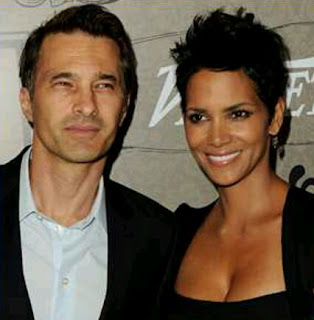 What is the need of getting married and later get divorced? Marriage has been abused! Hollywood actress Halle Berry and Olivier Martinez have have issued a joint statement confirming their plans to divorce after two years of marriage.
“It is with a heavy heart that we have come to the decision to divorce. We move forward with love and respect for one another and the shared focus for what is best for our son. We wish each other nothing but happiness in life, and we hope that you respect our, and most importantly our children’s privacy, as we go through this difficult period,” the 49-year-old actress and 49-year-old actor said (viaTMZ).

The news broke earlier today that Halle filed for divorce from Olivier.

Halle and Oliver have one son together named Maceo, 2. They reportedly have a prenup in place so money, etc. will not be an issue. Halle is not asking for joint or primary custody, as she wants what is in “the best interests of the child.”