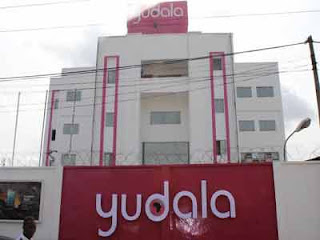 
As part of the pre-launch of YUBOSS, A- list artistes Iyanya, Naeto C and renowned comedian Ali Baba, among others, will hold a work-out session with Nigerians at the National Stadium, Surulere on October 17th by 7am. The event will also feature a wellness talk by a health living expert, inspirational tips on wealth creation in the 21st Century and auction sales supported by Phillips Health-Tech, Airtel and Access Bank. Speaking during a contract signing ceremony held at the Corporate Head Office of Yudala Nigeria at Redemption Crescent, Gbagada, Executive Director, Personal Banking at Access Bank, Victor Etiokwu, who represented the Group MD,
Herbert Wigwe, disclosed that YUBOSS is a game-changer which is set to unlock
prosperity for millions of Nigerians, while taking the nation’s economy to
greater heights at this critical period of our national life.

The Yudala model – a fusion of online and offline retail – is one that has
captured the imagination of people and the retail market. Right from the day the
company was launched, there has been a huge reaction in the market place, in
view of the novel idea behind its conception. When the discussions on YUBOSS commenced between both organizations, I was excited because this is an initiative that is set to empower millions of Nigerian youths and by extension, contribute to the growth and development of the Nigerian economy. I am not in doubt that this scheme will be a huge success, especially considering Yudala’s nationwide network of stores, the calibre of renowned entrepreneurs and investors backing Yudala and the drive and expertise exhibited by the
entire team.”

On his part, Chief Executive Officer/ Managing Director, Airtel Nigeria, Segun Ogunsanya, emphasized the strategic nature of Airtel’s partnership with Yudala, which according to him, will undoubtedly raise the profile of the YUBOSS scheme by offering members a sound telecoms network and high speed data access on 3G network. He noted that contemporary society is increasingly reliant on information as a gateway to
wealth creation – a requirement Airtel sufficiently fulfils with its broadband wireless services and high speed internet access which will go a long way in empowering YUBOSS members to achieve the ultimate target of creating wealth for themselves and being their own bosses.

Instructively, YUBOSS is targeted at smart Nigerians: undergraduates, post-
graduate students, unemployed and under-employed individuals, housewives etc. who have the drive and ambition to earn money and be their own bosses. In his submission, Chief Executive Officer (CEO), Yudala Nigeria, Dave Ibelegbu, who signed the contract
documents on behalf of the company,reiterated the massive impact YUBOSS
will have in improving the lives of participants.

“I enjoin Nigerians to visit the Yudala website from October 20th to sign up to YUBOSS. This is a scheme that will definitely change the lives of millions of Nigerians. There is no investment on the part of members. Exceptional performers will enjoy commissions and swift movement through the scheme to become eventual business partners of Yudala.” YUBOSS is an entrepreneurship scheme set up by Yudala to build a league of emerging entrepreneurs and generate creative employment for millions of
Nigerians. Members are entitled to attractive commissions and a wide range of benefits including business mentorship sessions and an opportunity to be a part-owner of a Yudala franchise store.
at October 14, 2015