'I will not be sacked' - Jose Mourhino 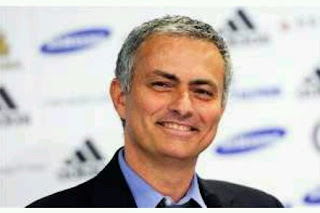 Self overconfident Chelsea coach Jose Mourhino believes he will remain at Stamford Bridge even if the Premier League champions miss out on the Champions League places this term.


He is confident he will not be sacked as manager of Chelsea even if the champions finish the season in mid-table.The Blues have made a poor start to the campaign, taking just eight points from their opening eight matches, and sit in 16th place in the Premier League standings. Mourinho has come under pressure in recent weeks, with parallels drawn between the current situation and the 2006-07 campaign, when Mourinho was dismissed in September.

The Portuguese believes that Roman Abramovich's attitude has changed since then and has faith that he will remain in charge even if Chelsea finish the season in mid-table.
at October 17, 2015