Kendall and Kylie Jenner are listed among the 30 Most Influential Teens of 2015 in Time Magazine. 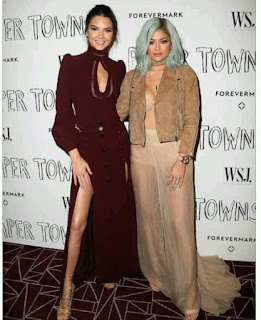 Kendall and her sister Kylie are included in Time magazine's list of The 30 Most Influential Teens of 2015.

The Keeping Up With The Kardashians co-stars also were named in 2014 to the annual Time list of newsworthy teenagers. Eighteen years old Kylie was called 'arguably the most-watched teenager in the world' thanks to her audience of 60 million across social media.