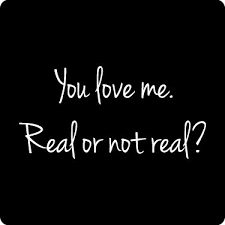 I had a discussion with a relative whose female friend is in a relationship for seven years with a stingy boyfriend who happens to be a banker.

Is it true bankers are selfish?
Anyways, thank God she has a good business to sustain her.


Fast forward to the main gist, apart from not spending on her, he treats her the way he likes which is bad. For the past one year, they have not been intimate and he does not care. He cheats on her and she is aware of it.
You can imagine her going to his house to visit him and ending up cleaning his room with used condoms littered everywhere. He does not call her and when she does, he hardly picks. She would call my relative and start crying that she should beg her boyfriend for her. That she is seriously in love with him. This lady is in her mid thirties and I began to wonder if she is delusional or in love.

She was advised to leave him but her response was that, she is expecting her boyfriend to tell her with his mouth if he doesn’t want again.

I am not an expertise in relationship matters, in fact I am single, but I am matured enough to know what is good for me or not. What about a woman that is more than thirty years old? She should know what is good for her. How can she expect him to tell her in words? Common sense cannot tell her she should break up with him and face another direction? I won’t say she is desperate to marry because someone else is asking for her hand in marriage but she refused because she claimed she has a boyfriend that loves her.

This is certainly not love but foolishness.

Must a man tell a woman he does not want again before she read the hand writing on the wall and run for her life? The attitude, reaction of the man alone will be obvious he is tired of the relationship. Don't know when she will come back to her right senses.

She was advised to leave him but her ears are blocked!
Wasted seven years! Or maybe more if she believes they will end up together as husband and wife and live happily ever after. A broken relationship is better than a broken marriage.

Do you know anyone that has been in this kind of situation?
at October 04, 2015