Nicki Minaj & Meek Mill Getting Married In NYC This Week? 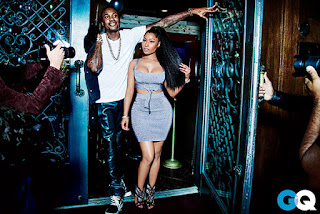 Don't know if this is a rumor or it's true but according to a new report, Nicki and Meek might be getting married soon. They are ready to make things official.

The details of the ceremony are being kept completely on the DL, but the site reports that Nicki’s family is staying at the Waldorf Astoria in the Big Apple after the concert on Tuesday, and that Meek’s relatives are also being flown in.

If this is true, good for them. There’s been tons of rumors surrounding this relationship, from breakups to pregnancy speculation.