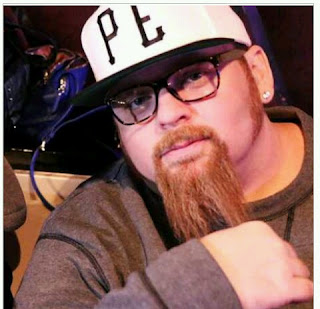 The former publicist of Rihanna has apologized for making up a rumor that the singer was having an affair with Jay Z in hopes of giving Rihanna's debut single Pon De Replay a boost.


Jonathan Hay claimed that the Jay Z was cheating on Beyonce with the then 17-year-old Rihanna. He was forced to issue a public apology this week after an explosive new book claimed that due to Hay's rumor Beyoncé and Jay Z, who started dating in 2000, had separated for a year.

According to the rumor, it was in 2005, around the time this picture was taken and Rihanna, then 17, released her debut single. 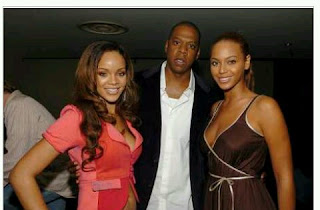 The Untold Story which is written by celebrity biographer J Randy Taraborelli.On Friday Hay, who has already apologizedto Jay Z, also issued an apology to Beyoncé in a statement on inside Edition.

‘I apologized to her ... this whole thing is very awkward,’ Hay told the New York Daily News.
Hay, who moved on from his days as a publicist to producing his own music, recently uploaded his project, When Worlds Collide, on to Jay Z and Beyoncé’s Tidal.

‘I was blindsided by the news of Becoming Beyoncé coming out and it couldn't come at a worse time for me,’ Hay said in a statement.

'I'm currently releasing projects with my label Urban Hitchcock through Tidal, a company that is owned by Jay Z and Beyoncé... Hopefully this news hasn't ruined that relationship for me,’ he added. Hay, who said he never met Taraborelli but spoke with his researcher, did not deny pushing why he knew was a rumor.

‘The pr stunt that I did was out of desperation to help break Pon de Replay,' he said in his statement. ‘It was reckless and I didn't think it was going to work. I was just throwing spaghetti at the wall to see what would stick.

’Taraborelli wrote in his book that Beyonce was so upset that she split up with Jay Z in 2005 for what he called a ‘lonely year’. 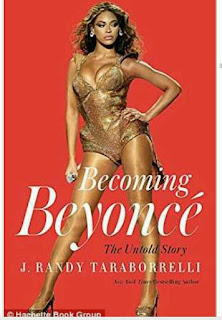 'I didn't think it would be this big story,’ Hay said. ‘But now, seeing Beyoncé on the cover of this book and knowing that people are profiting from speculations andopinions about her really turns my stomach.