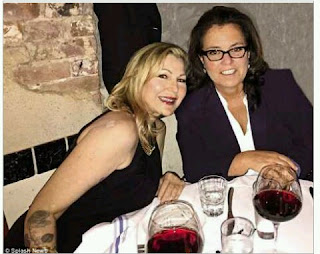 Rosie O'Donnell and Tatum O'Neal are no longer dating.

The famous pair have gone their separate ways after four months of dating due in part to the tumult that has plagued Rosie'slife life this past summer, according to People.com.

Daily Mail Online was the first to report the romance which took place amid an intense few months in the 53-year-old's life as her daughter ran away from home and her estranged wife was hospitalized.

'They broke up. It wasn't working. In their four months together, they went through a lot: Rosie's father died, her daughter [Chelsea] ran away, there was a lot of of tumult. It was too much,' an insider told People regarding the romance with O'Neal.
at October 17, 2015