Say what? Jesse Jagz says he is not a good rapper. 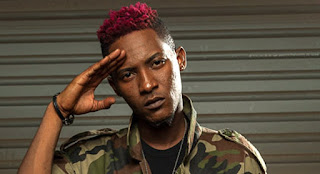 Jesse Jagz is underrated. Choc City artiste Jesse Jagz, does not believe in that line of his fans as he
believes that he is still learning and would love to associate more with other rappers.

“I don’t think there is anyone to compete with, because I don’t see myself as a very good rapper. I would probably like to stay at a place with a lot of rappers and listen to them rap so as to learn from their craft,” he told Vanguard.

I believe he is one of the best. Jesse is my number one Nigerian rapper. His song 'bad girl' remains one of my favorite.
at October 14, 2015