Thank God! Lamar Odom is out of coma, speaks to Khloe 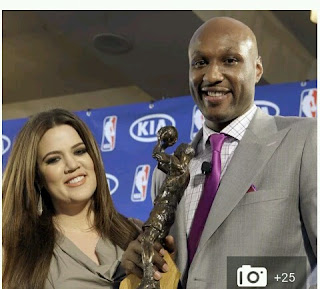 Lamar Odom has awoken from his coma and spoken to his estranged wife Khloe Kardashian, three days after he was found unconscious at a brothel.

Kris Jenner said in an interview with access Access Hollywood that  Lamar spoke to Khloe and is being slowly taken off his ventilator, which will be replaced with a breathing mask.

According to E! News- which airs the Kardashains reality show - revealed earlier that Lamar said 'Hi" to Khloe when he opened his eyes, and gave her a thumbs up.This follows similar reports from several other outlets that Odom had opened his eyes and asked to see his kids.

A source at the hospital told Entertainment Tonight that Odom opened his eyes and was somehow able to communicate 'yes' when asked if he wanted to see his daughter Destiny and son Lamar Jr.

TMZ's latest report is that Odom was able to breathe on his own when doctors took him off a ventilator. However, the sources said that Odom is 'not out of the woods' and it's unclear if he will able to continue breathing on his own long-term.
at October 17, 2015